“Many people desire riches, but desiring riches must include a state of mind that will not take no for an answer.” Napoleon Hill

It’s amazing how many people have cited that their success came from Think and Grow Rich by Napoleon Hill.  This book was published in 1937, can you believe that?  It has been a bestseller for almost 100 years. I teach the still relevant advice it contains to the filmmakers in our Film Funding Guidance Class. 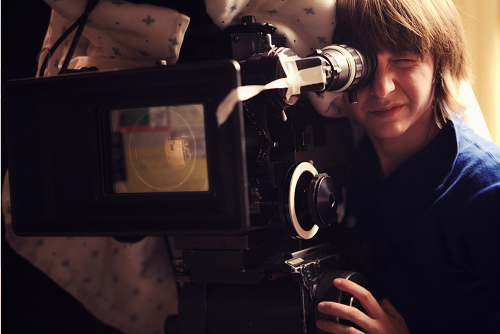 That’s just what you need to make your film.  A true obsession.  You need to clearly see the finished product. Back your obsession with a plan.

“This book conveys the experiences of more than 500 men of great wealth who began with nothing and became wealthy” Napoleon Hills tells us.  “All they had were ideas and clearly defined visions for what they wanted to achieve.”  Napoleon Hill informs us that they were successful once they understood, the “secret” that his book contains.

With this information, they were able to achieve their goals.  (For anyone who hasn’t set goals, I created an outline for goal setting on how to make the statements in the now as if it is already existing.)

Napoleon Hill says that “there are six definite, practical steps to achieve your goals.” Setting goals is crucial to fulfilling them and for the universe to understand that in your mind it is a fait accompli, it is finished.  I sincerely urge you to create one or two goals.  Perhaps one to take you till September and the second goal to take you until the beginning of 2022.

Your Desire Must Become an Obsession

Hill says that “many people desire riches, but desiring riches must include a state of mind that will not take no for an answer.  It must be an obsession.”  That’s just what you need to make your film.  A true obsession.  You need to clearly see the finished product. Back your obsession with a plan.  You want a definite list of things to do to take you to the goal.

In our industry, flexibility can be your greatest asset. I see filmmakers who start out going one way and can make quick changes like a bird in flight.  They seem to change their mind and immediately change direction.  This is often what it takes for you to find the money.

“First is the total dedication,” he writes, “then the belief that your desire is achievable. Don’t share your goals and desires with other people. They may not support you and that lack of support could pull you down. Keep these things inside you where the energy stays and grows and takes you with confidence to achieve your goals.”

Napoleon Hill’s first of six steps in achieving your goals is to “fix in your mind the exact amount of money you want to raise.”

It’s important to recognize that the universe works like a shipping clerk. When it hears you say that you want six pair of pants size 12, then that’s what they ship you.  If you tell them you’d like some lovely pants that fit, you may never get what you want. You must be very specific outlining exactly what you want.

Just saying you want to become a millionaire does not work.  We all want that.  The universe works on numbers and visions and beliefs.

The second step is to determine exactly what you intend to give in return for the money.  I think that’s important to recognize that the universe wants you to have what you want when you are adamant about it.

Somehow, I got this concept as young girl.  I was always making deals with God and would promise to do certain things if God would do a very specific thing for me.  I knew when I had a deal.  In every bone in my body, I knew immediately that the universe had accepted my request.

I was always very clear with what I wanted and would clearly visualize exactly it. Example, if it was a diamond ring, I could see it, feel it and I would pretend I was wearing it.  If it was the bicycle, I wanted I could see the color, the basket. I could see every item on the bike and would not be shocked when it appeared at the next holiday.

I am sure you did the same thing when you were a child.  Most of us were manifesting all the time and this is how the universe works. You need a burning desire and you need to specifically outline what you want. AND most importantly what you will give in return.

Perhaps you decide to give a percentage of the funds to your favorite charity or to someone in dire need.  Tell the universe what you will do.  You may want to give something up, like take sugar out of your diet or eat less meat, now is the time to promise that.  Or take a class that will help you in your career.  Promise to do that.

Make a Short Film in Your Mind

You can find what your body and mind agree that you can do.  Perhaps you find the right number.  If you think you can do it by Thanksgiving, then see yourself at a Thanksgiving dinner sharing your success with your family. You need to visualize the entire meal.  Visualize who will be there and what they are wearing. Visualize all the food on the table. Even think about what the conversations are.

Make a short film of it in your mind.  Then swell with pride when you announce how you achieved your goal.  They will be very supportive and so will the universe.  Believe me, the universe is listening to you daily.

You may offer to give your time to a nonprofit that supports the concepts of your proposed film project.  By donating time to a charity, you may be working next to wealthy people.  Often, they donate time to these organizations.  They surely go to the charity events and you can get into them too.  Put yourself where you can meet wealthy people and do good at the same time.

Deals with the Universe are Time Sensitive

Third, Hill says, “Establish a definite date when you intend to possess the money you desire.”  Yes, we must fully understand that to manifest, we must have a set end time.  We know that deals with the universe are time sensitive.

It’s fun to set your goals and tie them to holidays. This can also be birthdays.  It should be times when you’ll be celebrating or be with family and friends who love you. This is the time two envision your goal as completed and you are announcing it.

Define Your Plan and Goal

“Fourth, create a definite plan,” he writes, “for carrying out your desire and began at once whether you are ready or not, to put this plan into action.”

“Fifth, write out a clear concise statement of the amount of money you intend to acquire, name the time limit for its acquisition, state what you intend to give in return for the money and describe clearly the plan through which you intend to accumulate it.”

Now you need to make an outline of how you intend to get the funding.  You know the ways to raise money, so let’s cover them:

Choose one or more of these ways and get to work with a “To Do” list to achieve your goal.

“Sixth: If your read your written statement aloud twice daily. Once just before retiring at night, and once after arising in the morning. As you read— see and feel and believe yourself already in possession of the money.”

See, feel, and believe.  All three are needed to bring this to fruition. This is very easy for filmmakers as we are all strongly connected to Neptune, which is imagination and illusion. Neptune is the planet that rules.

Hollywood and most filmmakers are strongly influenced by this wonderful energy to imagine.