Tired of asking your friends and family for money or applying to the same old grants?

Join Carole Dean, President of From the Heart Productions, and Keith Ochwat, Founder of Show&Tell, for this essential fundraising conversation. 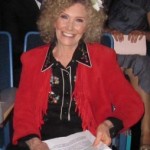 is a producer as well as founder and president of From the Heart Productions, a 501(c)3 non-profit, which is dedicated to helping independent filmmakers raise funding for their films. Through the non-profit, Carole has helped filmmakers raise over $30 million for their films.
She is the author of The Art of Film Funding Second Edition & The Art of Manifesting: Creating your Future.. Her new online class, How to Fund Your Film, contains nearly 3 hours of advice, tips, and lessons for filmmakers on seeking funding for their films. It is also available as an eBook.
Carole is an entrepreneur who created and ran a film business in Hollywood, NYC and Chicago for 33 years. It helped spur the explosion of the independent film business in Hollywood by offering discounted film stock to filmmakers that she had bought back from studios after their productions wrapped.
She created the Roy Dean Film Grant in 1992 and has given over $2,500,000 in grants to independent filmmakers and helped to produce over 70 films through the grant.
A President of From the Heart Productions she manages the Grant and their fiscal sponsorship program for the non-profit; and she teaches the Intentional Filmmaking Class with Tom Malloy through FromtheHeartProductions.com.
Keith Ochwat 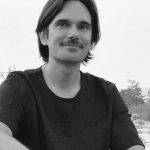 Keith is the founder of the Show&Tell virtual screening platform and leads the Show&Tell educational course.
After producing his own documentaries for 12 years, he’s advised hundreds of filmmakers on their distribution fundraising strategy.
He’s delivered keynote presentations on distribution at filmmaking organizations like IDA and IFP and his work has appeared in IndieWire and Documentary Magazine.
“After many years of producing my own films and working with other filmmakers, it’s become clear that longevity in this industry is about understanding and creating direct connections with your audience. My goal with Show&Tell is to empower filmmakers with the knowledge, tools and community they need to succeed in today’s ever-changing distribution landscape.”