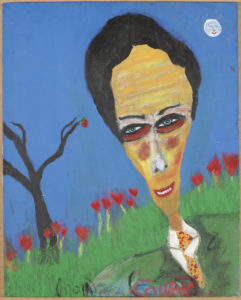 What do you think of those people who get up on stage at the Academy Awards to accept an Oscar and say that they’ve been dreaming about this moment since they were kids?

You rolled your eyes and laughed, right?

Well, believe them.  They used their conscious thoughts to manifest and create their success.  You can too.

The Law of Consciousness

Consciousness, believes noted physicist Amit Goswami, came first in the beginning of time. First, it was consciousness and from that all things evolved.

The knowledge of the law of consciousness and the method of operating this law allows you to accomplish all you desire in life.  This is the philosophy of many wise people.

However, first you need a working knowledge of this law.  Then, you can build and maintain a great life, an ideal world for yourself.

This is the only way, he posits, to create your future and bring to you the future you want.   Because the subconscious does not originate ideas, it accepts as true those which the conscious mind feels to be true.

This is the heart of the matter.

Getting An Award in Your Hands

Remember when those who win also say they “feel the joy and excitement of being on stage receiving this award?”

That is the result of the conscious impressing on the subconscious the future they intended to create.  By doing that, it becomes a reality.

I think this is a powerful concept.  By using the conscious mind to impress a belief on the subconscious with feeling and visuals (and using every fiber of your body), it causes the subconscious to accept that belief as truth.

This is how you manifest.  This power to imagine and feel is original for humans.

Using Your Feelings to Influence Your Subconscious

You can get control of the subconscious through your control of your ideas and feelings.

What is it you want to achieve? The first thing that we want you to do is set goals. You want to visualize and feel your goals in order to achieve them.

The next important thing to realize is that ideas are impressed on the subconscious through feeling.  The filmmaker that envisioned winning the Academy Award visualized being onstage accepting the award and giving his/her speech.

It’s the energy in the feeling that creates the future.  Your feeling is the most powerful medium that you have to get your ideas to the subconscious.  If you’re not in control of your feelings, you could easily be impressing the wrong things on your subconscious and bringing about things in your life you don’t want.

Feelings Can Determine Our Future

Feelings are the greatest form of manifesting that we have as humans. We actually have the ability to bring our future into the present through our feelings.

Focusing on what you do want and feeling like it has already happened tells the subconscious that this truly exists.  The only thing that would stop this is if it is counteracted by a more powerful feeling that it doesn’t exist, like disbelief, fear or anger.

If you are seeing yourself getting your Academy Award and you are fearful, then the chances are your vision may not happen.  If fear was the more dominant feeling,  then you have just nullified your vision.

Create a personal goal that you know you can achieve and a time limit that feels right to you.  For example, you may need a great editor.  To get that great editor, why not start saying, I love my editor. I chose the perfect editor.

Do this with the emotion of joy, success, achievement happiness and contentment.  Feel very proud of yourself feel very confident that you have the right editor.

Use your mind to fund your film.  Your mind is your greatest asset in film funding.