If you think you can’t fund your film or that you will have a hard time funding your film, then your right.

If you think you can fund your film, then you can. 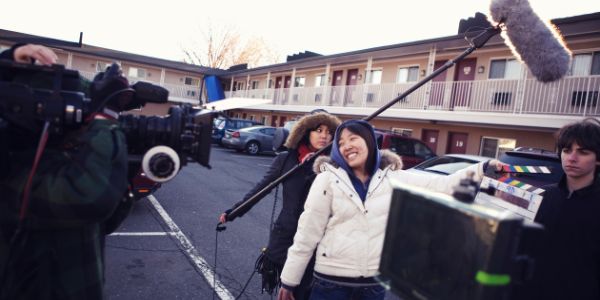 It is that simple and it all starts with our beliefs. It’s the beliefs that we carry in our mind. We have been creating beliefs since we were children, and we constantly defend these decisions.

Most of us don’t know we have these belief systems running inside us.  Most do not know why we created these beliefs but we’re still hanging on to them and our subconsciousness is daily defending these outworn concepts.

If you have carried some things that have caused you to lose self-confidence, then it’s important you recognize this because you can be your own worst enemy.

Review Your Beliefs About Money

If you’re having problems raising money for your film perhaps you should consider, “what are your beliefs about money?”

It is very important for you to believe that you can raise the funding for your project. If you don’t feel it’s possible then no one can help you.  It’s up to you to change how you think.

Bruce Lipton is one of my favorite biologists/authors. He says that we have acquired many restrictions on ourselves during our youth that are based on the structure of our lives at that time.

Using Bruce Lipton’s concepts if you put two people raised in different income homes, in the same room, they would see their potential in totally different ways.

These are based on negative beliefs acquired while young so you may have some of these beliefs and not even know it.  The question is what do you do?  How do you change these negative or limiting beliefs?

Take an Inventory of Beliefs

You might make a list of your beliefs about money and success.  By doing this you, might pull up some stored beliefs that no longer suit you or that are totally inappropriate for you.

Bruce Lipton claims that beliefs control human biology rather than DNA and inheritance.  That is a powerful statement.

Realizing You Need a New Mindset

While I was touring the world with my book The Art of Film Funding, I found people who had their mind set about funding. They seem to fall into two categories, totally opposite each other.

There were those people who said, “Oh I know I can fund this film.  Or those that were totally negative with statements like, “it’s very hard to raise money for films.”  This is why I wrote the book, The Art of Manifesting: Creating your future.  It’s your beliefs that create your future.

And I often hear: “They have cut the grants and now it’s really hard to win a grant.”  They have been cutting grants for 30 years that I know of! However, we still have thousands of grants in the United States available and believe me we have a tremendous amount of people winning grants so why shouldn’t that be you?

When you look at it from this point of view it seems that it should be easy to change your belief system. However, once your subconscious mind has accepted an idea, whether true or not, it will continually feed your thoughts to support that belief.

Changing the Way You Think

Often, we are not encountering resistance from outside sources but from ourselves. If we can accept new beliefs and support them to the extent that our subconscious mind accepts them, then we can create a new reality for ourselves.

The secret to overcoming our belief system, seems to be the ability to recognize that it exists and that we are the one that needs to change the way we think.

Let’s take one of the most our most important things in filmmaking, film funding.

Going to Bed with Thoughts of Success

The next thing is to believe that it will be easy to fund your film.

To get to that confidence in your ability to raise funds for your film, I suggest the information given by Neville Goddard about the way to reach the subconscious mind and change beliefs.

Knowing this, then consider going to bed at night with a vision of you pitching your film to someone.

This can be an over the shoulder shot where you can see the person you are pitching, and they are listening and nodding and smiling. You feel very confident, in fact it is fun to pitch your film, you are full of passion about your film.

You’re watching this person intently listening to you and then they hand you a check.  What’s the amount? You pick the amount.  Make it something that is an extraordinary donation for you.

Experience the joy of this moment.  Feel the confidence you have from pitching and being rewarded.

Filling Your Subconscious with Confidence

This will instill confidence in the subconscious that you can raise money and your thought at that time that is, “raising money for my film is easy.”