Some call it instinct, others a gut feeling.  Filmmakers should rely on it to advance their careers 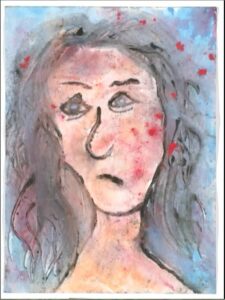 Filmmakers have excellent instincts and need to trust them

I find that driving to and from appointments can be very boring. Because I have lived in Oxnard for years and drive an hour into LA weekly for meetings, I learned that this can be valuable time. I use it to listen to people in our industry.

Currently, I have been listening to former Paramount Pictures executive Robert Evans as he dictates his audiobook entitled “The Kid Stays in the Picture.”

His stories of running Paramount in the late sixties and early seventies are incredible.  While he was head of the studio, the movies they produced include Rosemary’s Baby, The Godfather, Serpico, Chinatown, and many others.  He is a highly talented man, a brilliant writer, and his personal delivery of the information is spellbinding.

One of the things that made him successful as a studio executive is how he trusted his instincts.  One story stood out as an example of how important that is to achieving success.  It told how he changed the life of a movie extra to a star we know and love today.

Bob put his attention on every phase of filmmaking for all the films made at Paramount. He was in on all the casting, wardrobe, set design, everything!  He was married to Paramount and worked day and night.

The story he tells is about when he was casting the final person for big feature.  Bob had seen scores of people and wasn’t satisfied with anyone he had seen.  The agents finally said, “we found the right person.  This actor is the next James Dean, we think you will love this actor.”

Bob asked who’s the man with the smile?

No one knew who he was. They said, “don’t you like the James Dean character?”

The agents kept coming back to him saying we can’t find him we don’t know who he is.

Bring Him to Me

Finally, one of the agents came to Bob and said, OK we know who he is.  Currently he is working for Roger Corman.  He is a writer/actor, and we hear he even does the books for Corman they say he does everything Roger Corman needs.

Bob said, “bring him to me when he gets back.” The agent finds the actor and they show up at Bob’s office with the guy with the smile.

Naturally this man’s agent was so thrilled to be in the same room with Bob Evans that the agent kept pitching his client. Bob says he talked for 15 minutes, and he did not understand anything he said.

He said, “I want to know who you are, tell me about yourself.”  Bob listened intently, and he liked the guy and right on the spot he offered him a job in a picture for Paramount.

Bob said, how is $12,500.00? And the actor said, “You really mean this?  I will never forget it.  I honestly need the cash now.”  Then he broke open with that beautiful smile that Bob loved.

Have You Guessed Who This Is?

Well, it was Jack Nicholson. Jack’s the guy with the smile.  Bob Evans got him a job in his first major motion picture.

Jack Nicholson did a great job on that film.  It was On a Clear Day with Barbara Streisand.  Jack went on to make more films with Bob Evans (one of which was Chinatown!).

The point of the story is that Bob Evans followed his instincts.  Evans was determined to meet Jack as his natural instincts said this man is a good actor, a natural.  You might say it was Evan’s ESP or his psychic feeling or his gut feeling, whatever you call it.

From working with filmmakers every day for many years, I know that filmmakers have excellent instincts.  Bob Evans used his instincts to create his success as a studio executive and create classic films.

I am here to encourage you to use your instincts. Use your ESP.

Use it for your career, for most decisions and trust it like Bob Evans did.  It will bring you lots of luck and good fortune.