In our bi-monthly fiscal sponsorship Film Funding Guidance Class, I share books with our filmmakers that teach the power of our mind.  Currently, we have been studying the number one bestselling book, Mind Power into the 21st Century: Techniques to harness the astonishing powers of thought. 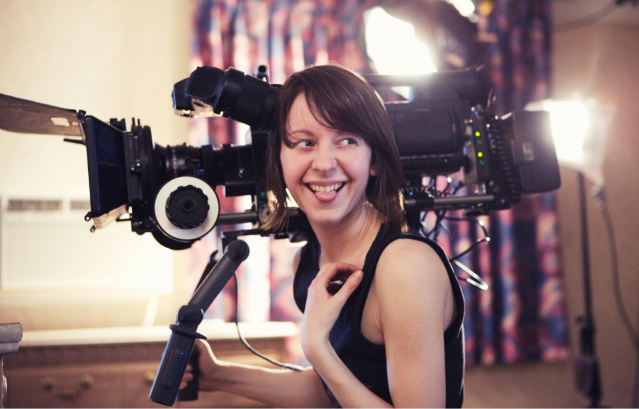 Author John Kehoe says that we all possess creativity and it’s our nature to be creative.  From working with so many talented producers and directors, I know that independent filmmakers are the most creative people on the planet!

John writes that unfortunately many of us were told at an early age that we were not creative.  We need to make sure that we overcome any of this type of programming.

It’s important for us to realize that all of us are creative. I think we use creativity to get through the day, through the week and through the month.  With all the changes we are living with we need to believe that no matter what happens, we have our creativity to rely on.

It’s one thing to be open to new ideas and it’s another thing to actively seek them out. An explorer is forever trying novel and different ways of doing things. They believe that there are new worlds, new options new product, new services and ideas waiting to be discovered.

An explorer is not afraid of the unknown. They believe that success and happiness come not from following others but in finding their own unique way, so they forge ahead always on the lookout.

Yes, question everything. The word question comes from the Latin word QUARERER to seek. John says the creative life is a continued quest.  Asking questions is indispensable to growth. “Don’t take anything for granted, be naïve, question everything” said Buckminster Fuller.  John says to ask questions like these: Why am I living like this? Why am I doing this job? Why am I not exercising? What have I been neglecting?

I want you to ask: How can I develop my film today? What actors can I attach? Why can’t I get an A list actor? What would that really cost me?  Remember actors want to work.  They like to take parts in good independent films.  Don’t be afraid to ask for who you want.

I did an Everything You Want to Know on Film Funding Webinar with Roy W. Dean Short Film Grant Winner Lorenzo De Stephano.  He got 2 well-known actors for his short film.  How? Because he believed he could.  He made the effort and convinced Sean Young and Quinton Aaron to come to Los Angeles to shoot his film.  It can be done.

Author Kehoe says don’t censor yourself no matter how impractical or outrageous the question or the answer sounds. This allows for fresh insights to reveal themselves. We are the creatures of habit and fall easily into routines.

He writes that our future depends directly on how well we question and examine our beliefs, actions, values, goals, and way of living.  I think this has a lot of merit especially for us in the film industry.

Too often people decided they can’t have an A-List actor or can’t have an actor that would get them distribution. Please question this.  Ask yourself, why can’t I get the actor I want for this part? Perhaps you need to raise extra money and are worried about this cost. But this decision would allow you to sell your film faster and definitely make more money.

Think, how can you get a saleable actor? Begin to question these things and do some research.  Why not spend this next week questioning everything and see what happens Maybe you’ll make a breakthrough and find brilliant new ideas for your project?

3-Get Lots of Ideas

In a world where flexibility is a requirement, that is risky and I don’t like that.  That’s when I go to my meditation, and I say, “here’s the problem and here’s some solutions. What do you suggest?”

I leave it with my spirit guides.  I let them think about it.  Then I relax and meditate and usually I get the answer within 24 to 48 hours.  The answers the universe gives me are 10 times better than my ideas.

Edward De Bono wrote in his wonderful book, Lateral Thinking to have group meetings in which no negativity is allowed.  Anyone can say anything as crazy as it seems. Then the next person can build on that craziness and when you get through you may have some incredibly brilliant ideas.

The main point is not to stifle each other’s creativity but to enhance it, to build on it, and to expand each other’s ideas and just be kids again.

You may have read my blog on the “mastermind class” where people get together and brainstorm ways to improve situations.  This is what Napoleon Hill teaches in his brilliant book, Think and Grow Rich.

This is exactly what the U.S. President does. He has his mastermind group of advisers from the corporate world who come to him monthly. The richest people in the world have their mastermind groups. That is how millionaire Andrew Carnegie made all this money in the steel world. That’s how Henry Ford made all his money, through mastermind groups.

Try creating a mastermind situation with your film crew or your associates. Even if there’s only two of you then you have the beginning for this mastermind meeting on a bi-monthly basis where you can get together and brainstorm. Be creative. Think outside the box just let yourself go. Creativity knows no boundaries and the greatest creativity in our industry comes from those who do something different.

I remember reading an article about John Ford our great director. He told a young cinematographer that when you’re able to put the camera where the horizon is and not in the center of the film you just took your first step to becoming a good director. If you look at Ford’s work, it’s stupendous. He chose some of the most unusual places to put cameras and that is the highlight of his work for me.

I saw a western where he put a camera in the middle of a river because he wanted a master shot of his two stars sitting on the bank of the river talking to each other and the only way to get that scene was to stand in water and shoot it and that’s exactly what he did. It was an incredible scene and it was all one take of about 4 minutes of dialogue.

This is what I love about the brilliant filmmaker Werner Herzog.  In the description of one of the classes he taught on documentary filmmaking, he includes lessons on lock picking!  Yes, lock picking is one of the items he teaches.

Also, I remember seeing something like faking bureaucratic paperwork.  I’m sure he teaches how to steal shots without getting permits.  He teaches breaking the rules.

John says sometimes you should consider breaking rules. Because being creative means breaking out of old patterns to create new ones.  Sometimes by experiencing new ways you totally break into a whole new creative place.

Think about changing things in your daily routine.  Consider, what habits or rules can you break? I know I’ve set a lot of rules for myself.  I must be up at a certain time and I have to do things by the clock.

Perhaps breaking personal rules can get you into a more creative place.  Try breaking some of your rules this week and see how you feel, does it free you?  It’s all for the sake of expanding your creativity!

All of us have brilliant imaginations. Please use this like you did when you were a kid. When you were a kid, anything was possible, you could be anyone and do anything. Don’t let the collective unconscious tell you that you can’t do what you want to do!  Who cares if no one has done this before?  What is it that you want to try?  We need to believe that anything we can conceive, we can achieve.  How is that for a great mantra?  Anything I can conceive, I can achieve!  This is using our mind to create our future.

Here is another idea. Imagine how other people would do it. Think about your favorite director and imagine how he/she would set up that shot.  This could be a lot of fun for you. Also think about the qualities you admire in people. Who do you respect for creative achievement?

He or she is now able to live your life, what would they do? Let’s say if Orson Welles took over your body and you said “Orson how do I solve this problem?” Just listen for the answer. This is a fun thing to do.

You might want to ask some of our greatest producer’s, actors, writers, directors, important questions. Think about it, they would not be bound by a lot of things that you consider important. They might jump immediately into something unique and unheard of. This process can be valuable to move out of self-imposed restrictions.

John Kehoe quotes the book, Think and Grow Rich by Napoleon Hill and says that Napoleon would choose nine men whose lives and life work had been most important to him like Abraham Lincoln, Andrew Carnegie, Henry Ford, just before going to sleep at night.

He would close his eyes and see in his imagination this group of men seated with him around his counsel table.  In these meetings Hill said, “here I had not only an opportunity to sit among those who I consider to be great, but I actually dominated the group by serving as chairman.”

Napoleon Hill did say this was all his imagination and the ideas generated through this process were very real and “they led him into glorious paths of adventure and wealth.” This process helped Hill to become a very wealthy man.

And the last creative tactic for a successful life is:

Nurture yourselves. Please take good care of yourself.  Think of how you can treat yourself better.  Are you eating the best food?  Are you taking walks and exercising daily?

Please realize that fun and diversity are great stimulators for the Muse within.   Give yourself gifts, like flowers, facials, massages, lunch at a new restaurant.   Or even give yourself time to read a great book. Just getting away from filmmaking for a few hours a day can make you more creative.