As shown in the new HBO Max Julia Child Series, the ingredients to achieving your goals include a burning desire and belief in yourself

I love the film reviews in the New Yorker magazine. Recently they had a review on a new series on HBO Max on Julia Child. It told of her extraordinary rise from a humble housewife who had written a cookbook to the crown jewel of PBS programming slate. 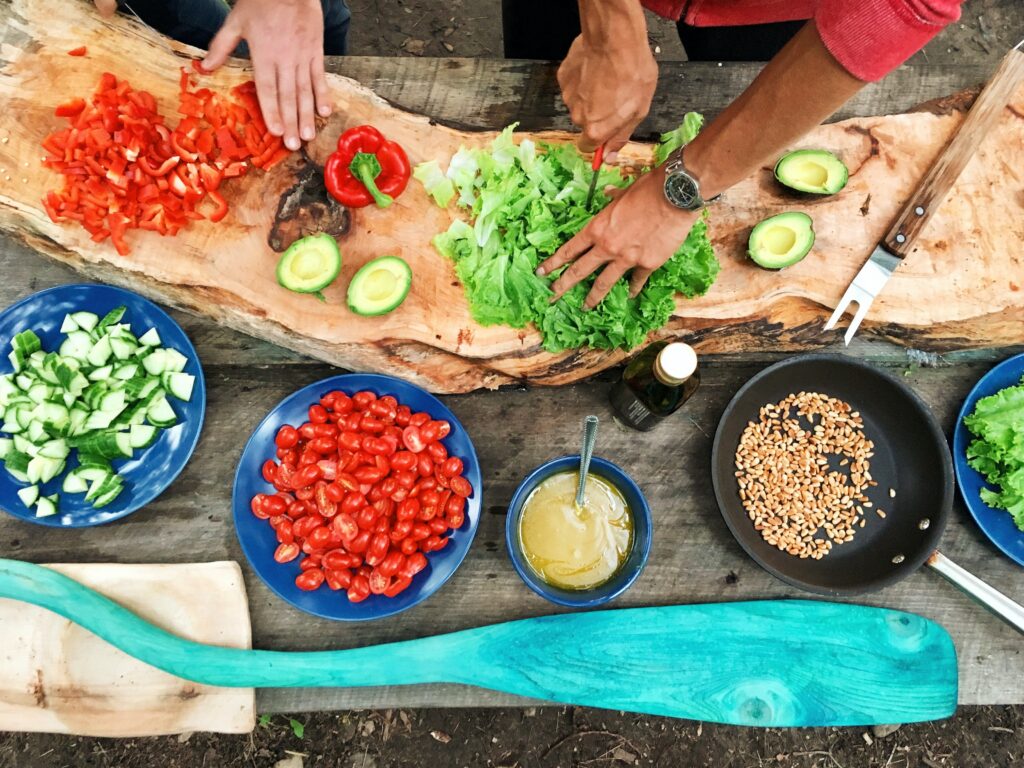 Every night my daughter Carole Joyce and our friend Tommy Adams and I watch a movie. I thought this film would be something they wouldn’t like so I started watching it by myself.  I found it to be lots of fun and now all of us are watching it.

What is clear from this series is that Julia Child created her future.  She wanted that television show. She made it happen.

And the tools she used are available to you to achieve film funding success and get your film made.

It all started when she was invited to go on the PBS station WGBH in Boston to be interviewed for her cookbook.   At the interview, Julia walked on to the set with a shopping bag full of stuff and plopped it down next to her chair.  When the well-known book intellectual, who was appalled at having to interview her asked the first question, Julia started unpacking her bag.

She promptly crawled on the floor with her rear facing us while she plugged in a hot plate.  Then, she began to make an omelet for everyone to see how simple it was.

By doing this, she stole the show.

Ask For What You Want.

This interview happened because a WGBH associate producer at the bottom of the production ladder somehow found Julia and invited her on the show.  After this interview, Julia took the initiative and wrote this producer and proposed a cooking show.

That associate producer knew she could have a hit show with Julia.  After all, Julia’s impressive creation of a three-egg omelet on camera had generated 13 letters to WGBH from people saying they loved Julia. The associate producer took the letters into a meeting and began pitching a Julia Childs show.  She said that the mandate for WGBH was education, and a cooking show would be perfect for them.

The head of WGBH liked Julia and asked the head producer to run the numbers for what it would cost to do a show with her.  The head producer did, invited Julia back, and told her it was too expensive for them.

Julia replied, “Looking like I do, has taught me to never take no for an answer.”

That “no” was the beginning of a negotiation for Julia!  What determination that shows us, right?

That’s a good lesson for all of us.  Had she not sat there and talked this out with the top producer she would never have gotten that show.

Be Bold and Go for It!

When the producer explained that he said no because of the enormous cost of building a set with a working kitchen, Julia Child said, “I’ll pay for that set if you will do the show.  In fact, I’ll pay for the whole show.”

This changed WGBH’s mind.  She was set for one show.  Now, the problem was that when she agreed to pay for the kitchen set, she did not even look at the budget for the amount.

Once out of the meeting, she saw the cost.  She realized that she did not have enough money.

Even though her father was very rich, she had to do cooking classes on the side.  She had to use her cookbook income and still she was in the hole for money.

She told her female friends how much she wanted to cook on TV, and they rallied around and helped her.

To achieve this show, Julia, like all of you found creative ways to get the money.  You do the same thing.  You find people who love you and love your film and they give you their heart and minds.  Right?

The astonishing thing is that Julia didn’t own a TV set.  When she went to buy one, the HBO Max series showed Julia standing in front of 20 television sets in a store.  Each TV had a different program on them.

As Julia stood there, she began to see herself on TV.  Soon, every TV in the store had Julia Child on it.

Send Your Visions to the Universe.

Julia took the initiative.  She wrote the letter she saying she wanted to do a TV show to teach Americans how to cook like the French.  She did not take no for an answer.  This was her vision; and she was relentless in getting that first show made so much so that WGBH came on board.

She captured us with her honesty.  Everyone quotes her for saying, “You are all alone in the kitchen. No one but you knows what goes on.”

We saw chicken parts flying across the room and flambés light up like a three-alarm fire.  We saw her cut herself and keep on going while she was bleeding all over the WGBH kitchen.

That’s when Dan Ackroyd began to mimic her on Saturday Night Live.  Her career took off like a NASA rocket to the moon.

I found this HBO film, Julia, to be empowering.  It is a true representative of what it takes to be an independent filmmaker.

It takes talent and tons of guts.  Never give up is a good mantra for all indie filmmakers!