From the Heart Productions , the top-rated non-profit dedicated to helping indie filmmakers get their films funded, has named Director/Writer/Editor and Actor Anne Hu as winner of the Britt Penrod Award for her short film “Lunchbox”.   This award goes to a project that was submitted to the Roy W. Dean Film Grant for Spring and selected as a finalist.  Anne will receive a $500 prize that will help support her effort in completing this film. 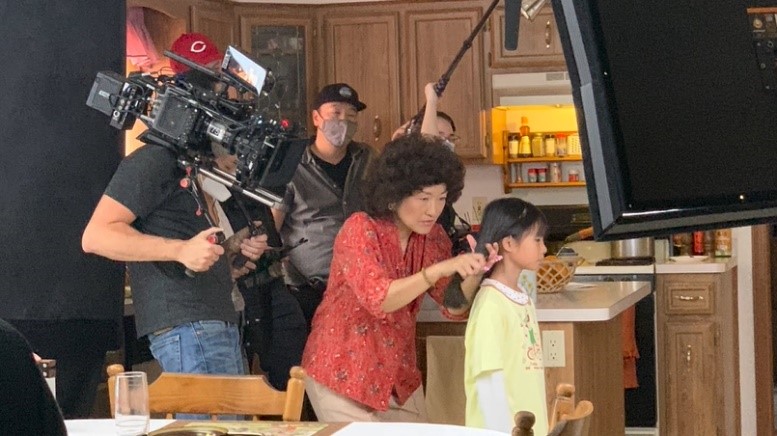 Still from the Making of “Lunchbox”

“Anne has done a brilliant job handling multiple jobs to bring this very personal and touching film to completion,” said Carole Dean, President of From the Heart Productions.

Currently in post-production, “Lunchbox” is a dramatic, three-part, coming-of-age short film about regret, healing, and honoring the people we love.  When a Taiwanese American woman prepares lunches from her childhood, she struggles to forgive herself for pushing away her immigrant mother.

Based on a true story, this retelling examines the personal cost of fitting in as well as the recovery from cultural and familial loss.

As seen in The Hollywood Reporter, Hu made the 2020 Alice List for Emerging Female Filmmakers Who Have Not Yet Directed a Feature.  She was selected to participate in Netflix’s Original Series Directors Development Program from 2020 to 2022.  She shadowed director Marc Webb (500 Days of Summer) on Netflix’s The Society.  Hu is also a fellow of the 2019 Space on Ryder Farm FilmLab.

She has directed, written, and starred in award-winning short films.  Her short CAKE was accepted into 38 festivals, earned 9 awards, and was featured in The Washington Post. As an actor, she has trained at T. Schreiber Studio, The Barrow Group, and The Freeman Studio. In CAKE, she and the cast were nominated for Best Ensemble.

Hu hopes to provide catharsis for audiences and inspire them to regard marginalized voices with their whole humanity.