The key to getting your indie film funded is to master manifesting money and enhance your manifestations.  In my Intentional Filmmaking Class and blogs, I teach that your mind is your greatest asset for filmmaking. 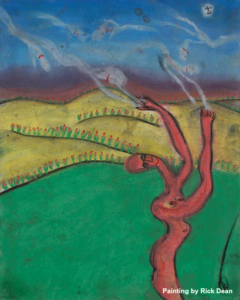 Faith funds films.  Yes, it’s your faith in you and your film that brings you the money.  You are the key to funding, not anyone else, so know that to start with.

Knowing how to manifest and to enhance your manifestations will maximize your film funding potential by clearing a path for its success will help you get your film made.

You must have these covered before you can move on to enhance and magnify your manifesting.

# 1 You must have a clearly defined goal.  That is one sentence with a clear, concise description of what you want.

#2 You have a deadline for manifesting, tied to a holiday like July 4th or thanksgiving.

Pay Attention to Your Thoughts

Now, that you’ve got the manifesting basics down, do you honestly think you can raise $200,000.000?  How do you feel when you say that out loud?  Do you feel sick in your stomach?  Or do you feel confident?

I have to get you to the confident stage.  That comes from recognizing any blocks you have with money! Pay attention to your thoughts.  Once you see old stuff come up about money, recognize it and say “that’s resistance!” and let it go.

Watch for the mind chatter saying, “How will you ever do this?”  Or you say to family, “I can’t work on my script today, I have to get the car washed”….that’s resistance.

Believe in Yourself…And Have a Good Plan

It’s the plan that makes you feel you can do it.

You want to be sure you have:

You need to remove any insanity from your package.  Tom Malloy calls it R vs. I.  Reality vs. Insanity.   It’s ok to manifest something you’ve dreamed about.  But, it’s not going to happen if it’s not based in the real world.

Example, this is your first film.  Your budget is $20 million and you want to direct it.

That’s insanity.  Start with a low budget film.  Don’t expect to raise that much money on your first film and live, for now, with being an unknown director.  Reality would be a $100K budget and you direct it with a killer script.

Once you have these elements in place you are ready to ask for money.