Why You Need to Create a Mastermind Group For Your Film

One of my favorite books is Think and Grow Rich by Napoleon Hill.  It is a masterwork and best seller that focuses on how to use the power of your mind to achieve success.  This includes creating a mastermind group which will accelerate the growth of your business using the talents and knowledge of those with whom you work. This is perfect for filmmakers. 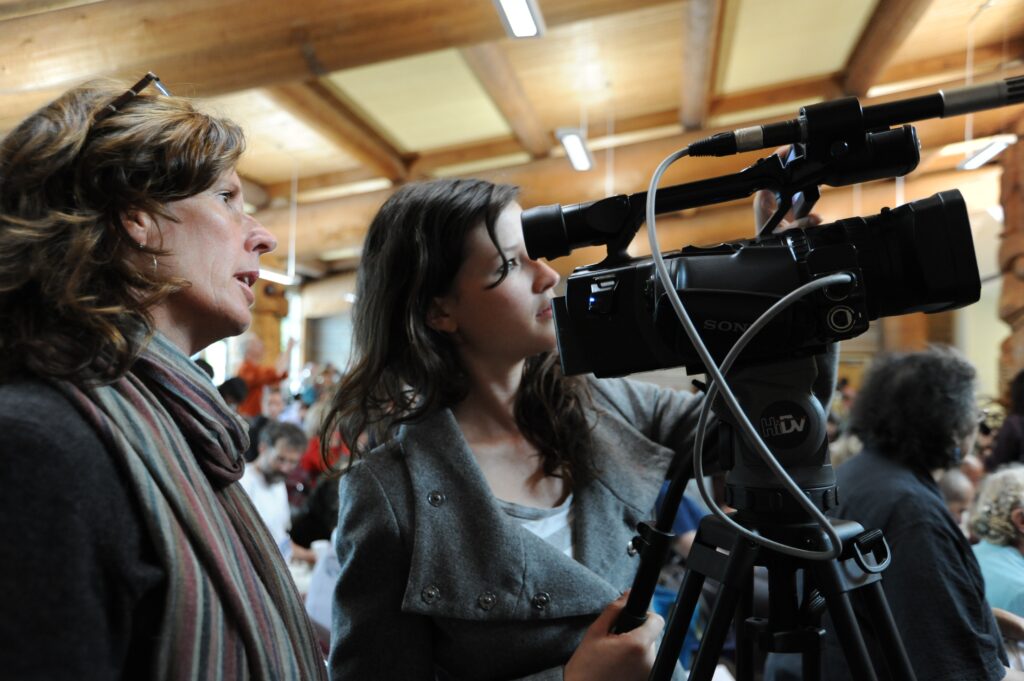 “Power is essential for success,” Napoleon writes, “in the accumulation of money. Plans are inert and useless without sufficient power to translate them into action. Power may be defined as ‘organized and intelligently directed knowledge.’

When the director, with the producers and cinematographer work together as a unit with a vision they are the power of the mastermind, a driving force. Even if there are only a two of you on the project right now, the two of you together create a mastermind, the driving force to riches.

Understanding the Power of the Mastermind

To better understand the potential power available to you through a properly chosen mastermind group, Napoleon says you need to understand the powers at work.  One of which is economic in nature and the other is psychic.

The economic feature is obvious. Economic advantages may be created by any person who surrounds himself with the advice, counsel and personal cooperation of a group who are willing to lend him wholeheartedly aid in a spirit of perfect harmony.  This form of cooperative alliance has been the basis of nearly every great fortune. Your understanding of this great truth may determine your financial status.

The psychic phase of the mastermind principle is much more abstract, much more difficult to comprehend because it references spiritual forces.

The Billionaire Behind the Mastermind Principle

The mastermind principle, or rather the economic feature of it was first called to Napoleon’s attention by the industrialist Andrew Carnegie. Discovery of this principle was responsible for the choice of his life’s work.

“Mr. Carnegie’s mastermind group consisted of a staff of approximately 50 men, with whom he surrounded himself, for the definite purpose of manufacturing and marketing steel. He attributed his entire fortune to the power he accumulated through this ‘master mind.’

“Analyze the record of any man who has accumulated a great fortune, and many will show you that they have consciously or unconsciously employed the mastermind principle.”

How Hollywood Has Embraced the Mastermind Concept

Look at the old films about filmmaking.  You’ll see that in watching the dailies or the rough cut there’s always a group of people in the screening room offering input. Not just one person, but a group of them giving ideas and using this mastermind power to improve the film.

Hollywood was built on the mastermind concept.  These traits were used by Carnegie as well as Ford and Du Pont. They were also used by the heads of the Hollywood studios.

The Warner Brothers knew about the mastermind concept.  They knew that when two or more people were gathered to use their power to focus on a successful outcome that this is when the third mind, this physic mind, the God mind, would appear with brilliant ideas.

They knew that two minds together, working towards one goal, held the secrets of the universe.

“I want to say energy is nature’s universal set of building blocks, out of which she constructs every material thing in the universe, including man and every form of animal and vegetable life through a process which only nature completely understands, she transforms energy into matter.

Presidents And the Mastermind Principle

Our presidents do this, they have boards of wealthy successful businessmen who give them basic ideas and guidance. A friend of mine, Sonny Fassoulis was on the president’s Advisory Board for his knowledge of the Far East. He walked across China getting back to his squadron when he was shot down over the Himalayas.

He became friends with Chiang Kai-shek and actually flew him around China.  Then at 23, he took over all the imports to China back in the 40’s. He knew China and the surrounding areas and was of much help to our presidents.  Sonny would fly at his own expense to Washington monthly and join an advisory board.  The board contained some of the top brains in the United states.

So be aware that US presidents use this mastermind concept for guidance, advice, and direction.

Functioning in Harmony to Reach Goal

In the group, you will take on habits and the power of thought of those with whom you associate in a spirit of sympathy and harmony.

When two or more people coordinate in a spirit of harmony, and work towards a definite objective, they place themselves in position, through that alliance, to absorb power directly from the great universal storehouse of infinite intelligence.