25 Films Still in Competition for Grant Valued at $30K

From The Heart Productions 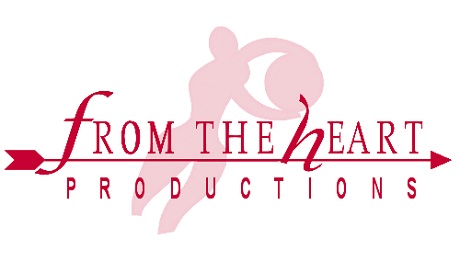 has announced the Roy W. Dean Grant finalists for its Spring 2019 grant.  One of the oldest grants in U.S. for independent filmmakers, the grant is awarded to a film that is unique and makes a contribution to society.  The winner will receive $3,500 cash and thousands more in donated production services from film industry professionals and companies.

“It is always a joy and honor to review all the incredible projects submitted from such talented filmmakers.” said Carole Dean, President of From the Heart Productions. “It was not easy choosing finalists from so many life changing and world changing stories that all need to be told.”

Finalists include documentary films, feature films, web series, and a short film.  These finalists will now go to the judges to determine winner.  The announcement of the winner is expected in September.

In addition to the  $3,500 in cash provided by From the Heart Productions the donations of film services and products include $500 in expendables, lighting or grip equipment from Filmtools,  a Glyph StudioRaid 6TB hard drive from Glyph Production Technologies, 40% deduction on color, editing, and sound & all production services from ProMedia NYC and more from film industry donors.

Founded in 1992, the Roy W. Dean Grant seeks films that are unique and make a contribution to society that, without it’s help, might otherwise not get made.  There is a Spring, Summer and Fall Grant.  The Fall 2019 Grant is now accepting entries.  Films submitted to the grant can be short films, documentaries, features, and web series from early stages of pre-production to those needing help in post.

The grant has been integral in helping talented artists with great stories get their films produced.  Recent past winners of the grant include the award winning “Heist: Who Stole the American Dream”, “Kusama-Infinity”, and Emmy winner “Mia: A Dancer’s Journey”.

The 501(c)3 non-profit was founded by Carole Dean in 1993 when saw how many filmmakers with important and often controversial stories were having trouble getting financing for their films.  The mission of From the Heart Productions is to educate and assist filmmakers in getting funding to create unique films that contribute to society.

Under their fiscal sponsorship program, From the Heart Productions offers advice and guidance to filmmakers looking to fundraise.  It also allows donors to projects to get a tax deduction for their donations.  Their Intentional Filmmaking Classes which teaches filmmakers the tactics on how to get funded is now open for enrollment.  New classes start Sept 23rd.