The selection of the recipient of the final Roy W. Dean Grant of 2020 ends with a first.  It is the first time in the grant’s 29 year history that the grant is split between two films.  Awarded by From the Heart Productions to an independent film that is unique and that makes a contribution to society, the Roy W. Dean Grant for Fall 2020 goes to the documentaries “La Recua” and “Nelly Queen: The Life and Times of Jose Sarria.”

“These are two very different and excellent films created by filmmakers who both have given their heart, their soul, and the last few years of their lives to bring this incredible stories to the public,” said Carole Dean, President of From the Heart Productions. “We honor films told with passion and are thrilled to have these films as co-winners.” 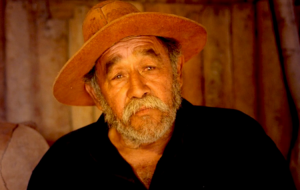 A traditional saddle maker in Baja California, Sur, Mexico, who turned 70 in 2018, Dario is a campfire philosopher; he’s a mule-riding poet; he’s a keeper of Old California traditions. He fears that the old traditions might be lost forever.

In March, he gathers a herd of mules and donkeys, builds saddles and traditional gear for his outfit, and plans an historic re-enactment of the old-time merchant pack-trains that once traveled through that rugged mountain country over 100 years ago. His 8-year-old grandson becomes his right-hand man along the two-hundred-mile fading mission trail by mule-back herding a pack train of donkeys from an oasis in the heart of the Sierra de la Giganta, all the way to La Paz.

He and his family packed a load of Goat Cheese, Dates, Sugar-cane Candy, and 10 gallons of famous Comondú Wine… just for the sake of history!  He overcame hardships of health, rattlesnakes, and hot days on dusty, forgotten trails in order to honor the memory of Lower California’s “long-haul” equine merchants – Los Arrieros – the muleteers of Baja’s donkey pack-trains. 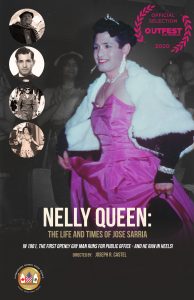 From filmmaker Joseph R. Castel, “Nelly Queen: the Life and Times of Jose Sarria” examines Jose Sarria who,in 1961, is the first openly gay man to run for public office in the United States – and he runs in heels!

As a drag performer at a San Francisco beatnik bar, The Black Cat Café, the former World War II veteran, decides to run for City Supervisor after local officials threaten to shut down all the gay bars. Jose’s opera parodies bring in hundreds of gay clientele every weekend, and he exploits that fame to inspire the fractured community to unite. Jose’s cabaret platform serves as a podium to teach his closeted customers to not only believe in his slogan, ‘Gay is Good,’ he rallies them to support his political campaign.

Jose inspires oppressed men and women to stand up for themselves. He fights for their right to love who they choose to love. The tragedy is that his activism pushes his lover, Jimmy, away, and in the end he can’t save the one he loves the most from a self-destructive path.

In addition to the $3,000 cash prize, the filmmakers will divide $15,000 in in original music written by well-known composer David Raiklen, $6,000 in animation services from Emmy winner Charlie Canfield, $700 one week DSLR camera package rental from Birns & Sawyer,  and more from many other heartfelt film industry donors.

About the Filmmaker – “Nelly Queen: The Life and Times of Jose Sarria” 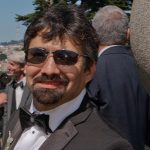 Joseph R. Castel (Director/Producer/Writer/Editor) – Joe Castel is a journalist, producer, screenwriter and playwright whose work has explored Latino history and identity for over 20 years. Castel’s producing credits include RECORDAR, a documentary about his family’s immigration from Mexico to Illinois, currently in the Art Institute of Chicago’s permanent collection. He also co-wrote and produced the play THE BLVD, critical recognition in its premiere run at West Hollywood’s Macha Theatre.

Castel, along with his co-writer, was awarded a Corporation for Public Broadcasting development grant to HERO STREET, a feature-length screenplay that relates the true story of eight Mexican American war heroes who hail from the same street in suburban Illinois. As a writer, Castel has worked as a public relations consultant/reporter for numerous entertainment magazines and holds a Master of Arts degree in Communication Studies from the University of Iowa.

About the Filmmaker – “La Recua” 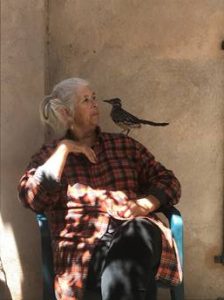 Trudi Angell (Producer / Director) is an award-winning organizer of rural, sustainable tours in Baja California Sur, Mexico. Since 1986 she has organized mule-pack trips to renowned World Heritage Rock Art sites and famous road-less ranches, missions and villages in the heart of the peninsula. She was an Associate Producer in 2007 for Corazón Vaquero, a timely documentary portrait of Old California ranch lifestyle.

Thirteen years later, at age 65, this is her first full-length documentary, having worn many sombreros for the past 4 years as Producer/Director/Head of Logistics/Translator and more!

Now entering its 30th year, the Roy W. Dean Grant has awarded over $2,000,000 in cash and donated film services to independent films. The grant is awarded to films budgeted under $500,000 that are unique and that make a contribution to society.  It has been an important lifeline for independent filmmakers that help to get their projects started or finished.  Without assistance from the grant, many excellent and important films may never have been made.