Filmmaker Will Receive $2,500 to Help Complete Work on Project

From the Heart Productions, a 29 year old top-rated non-profit dedicated to helping independent filmmakers fund their projects, is pleased to announce that Alexandra Hidalgo has won the inaugural Carole Joyce Award for her documentary A Family of Stories.  The prize is bestowed on a project submitted to the Roy W. Dean Film Grant that exhibits excellence in documentary storytelling.  She will receive $2,500 to help her continue work on this film. 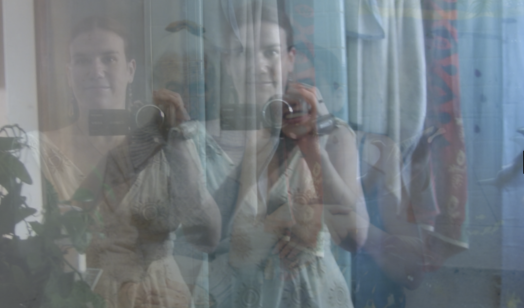 A Family of Stories

“Alexandra’s film is incredible and very deserving of this first-time award,” commented Carole Dean, president of From the Heart Productions. “Told from the heart, it is touching and captivating.  We look forward to seeing it completed.”

A personal, true story, A Family of Stories celebrates family bonds even when they are at their most complicated.  It’s a story about facing our familial demons with love and emerging stronger from the experience.

In 1983, Miguel Hidalgo, a Venezuelan writer and inventor, disappeared in the Amazon, leaving behind his six-year-old daughter. Now a filmmaker, her life is transformed as she untangles the mystery of his absence and figures out why her MIT-educated father with a genius IQ ended up buying gold in the Amazon.

As she uncovers secrets about him, her family, and herself she must come to terms with the fact that she based her identity on a mirage created by her ancestors. Having completed her quest, she starts over, aware of how her past shaped her but ready to move beyond the wounds she has carried since childhood.

A Family of Stories is written and directed by Alexandra Hidalgo and produced by Hidalgo and Natalia Machado.  The film is co-produced by the US-based company Sabana Grande Productions and La Pandilla Producciones, a Venezuelan production company.

They’ve completed the film’s fine cut and the filmmakers are seeking finishing funds and European co-productions.  You can learn more about A Family of Stories on its website: https://afamilyofstories.com/.

Alexandra Hidalgo is an award-winning Venezuelan filmmaker, memoirist, film and TV critic, and editor whose documentaries have been official selections for film festivals in 15 countries and been screened at universities around the United States. A Family of Stories is her second feature as director and producer. Her short documentary Teta has been selected for 30 film festivals and won 8 awards, including best short documentary at three festivals.

Her videos and writing have been featured on The Hollywood Reporter, IndieWire, NPR, The Criterion Collection, and Women and Hollywood. She has a PhD in English from Purdue University and an MFA in Creative Writing from Naropa University and is associate professor of Writing, Rhetoric, and American Cultures and co-director of the Doc Lab at Michigan State University.

Her video book Cámara Retórica: A Feminist Filmmaking Methodology for Rhetoric and Composition received the 2018 Computers and Composition Distinguished Book Award. Her academic video essays have been published in Enculturation, Kairos, Present Tense, and Peitho, among others. She is the co-founder and editor-in-chief of the digital publication agnès films: supporting women and feminist filmmakers.

Past winners of the grant include the Emmy-winning Mia: A Dancer’s Journey,  2019 Sundance Film Festival selection Raise Hell: The Life and Times of Molly Ivins, Emmy winner and Peabody Award nominee Belly of the Beast, as well as the acclaimed documentary Kusama-Infinity.

From The Heart Productions is a 501(c)3 non-profit dedicated to helping filmmakers get their projects funded and made.  Besides providing funding through the grant, they offer film fiscal sponsorship to filmmakers.  This allows donations made to films they sponsor to be tax deductible.  From The Heart has helped independent filmmakers raise over $30 million through its fiscal sponsorship program.  President Carole Dean is the best-selling author of The Art of Film Funding: 2nd Edition, Alternative Financing Concepts and the new online class “How to Fund Your Film”.