A journey of discovery to find that the future we desire and the means to achieve it are waiting for us in the Quantum Field.

I met Caroline Myss at the Monroe Institute of Applied Science in the rolling hills of Virginia.  I went there to find out why I was unexpectedly popping out of my body.

No, this was not a physical injury.  I wasn’t throwing my back out.  Founded in the 70’s by Robert Monroe, the Monroe Institute is the world leader in human consciousness exploration. I was there because I was finding myself thrown into a different area of awareness and not sure why. 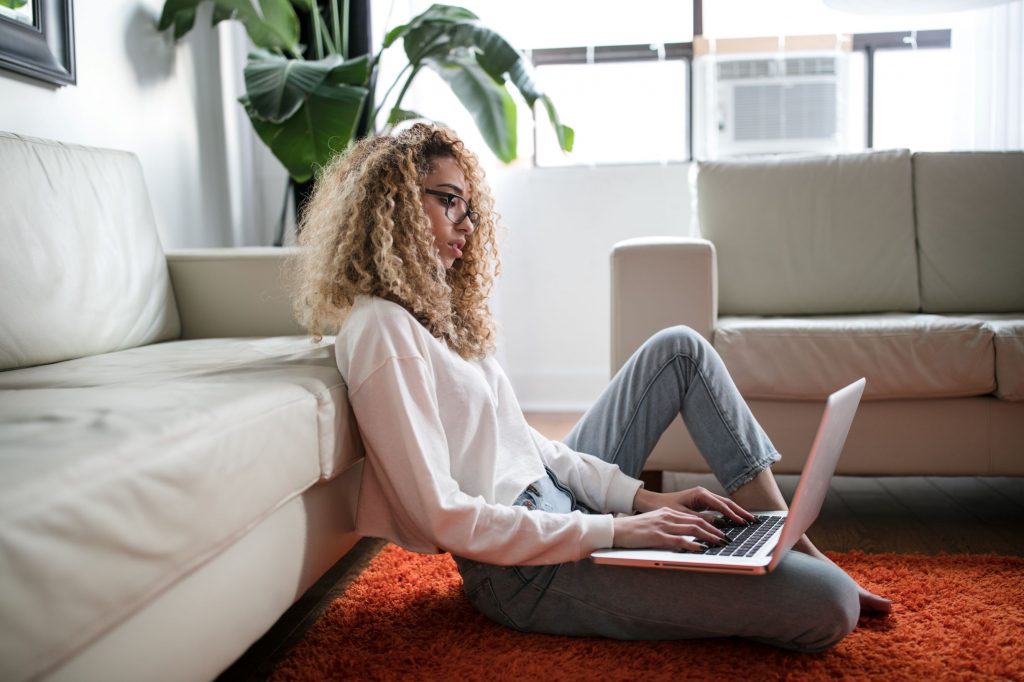 Caroline had begun to do health readings for people she did not know and had never met.  This was before she became a five-time New York Times bestselling author and internationally renowned speaker in the fields of human consciousness.
She was there to investigate Robert and experience the institute’s meditation chambers.

I thought she was one of the smartest people I had ever met, and we became good friends.  We both loved Robert and his research.  We teamed up to create a newsletter that we could send to the Monroe Institute mailing list as well as other people who were interested in unusual events.

I became the publisher and she became the writer/editor of Expansion. Which is a perfect name for something written and published by two women with strong Sagittarius traits!

Somehow one of these publications made its way to England and Caroline was asked to go to there and speak. That was the beginning of her career.

A Magical Place in Scotland

Fast forward a few years and she is teaching at Findhorn Foundation in Scotland. Findhorn is an unusual place that came into being using the laws of manifestation. It was a sandy area and the creators of Findhorn began to grow a garden.  Through prayer and meditation, the garden produced some incredibly large vegetables. They gave the credit to the Angels who they said helped grow their vegetables.

From this meager beginning, a major source of information and education was created. As their web site explains:

The Findhorn Foundation is a dynamic experiment where everyday life is guided by the inner voice of spirit, where we work in co-creation with the intelligence of nature and take inspired action towards our vision of a better world. We share our learning and way of life in experiential workshops, conferences and events that take place within a thriving community and ecovillage.

For me to go to Caroline’s workshop, I had to donate a week’s labor to Findhorn. I chose to work in the dining room and clean it after the breakfast meal.  At this time in my life, I was running a business with a NYC and LA office and close to 100 employees.

This one week vacuuming the dining room was better than a year with the best psychologist.  It was a week of self-discovery and well worth the time and money.

After my week of servitude, it was a joy to begin a week of classes with Caroline on remote healing.  Everyone in the class had no experience in such events.  We were all very normal people.  We’d meet and study about 5 hours a day. She is a wonderful teacher.

The shocking thing was that the last night we all put our names into a hat and then drew a name of someone in the group.  Then we were told to “read” for that person.  Each of us got some important insight about our chosen name.  We were all shocked at our accuracy.

In Search of the Sacred

This incredible experience set me on a life path of understanding how it is possible to communicate with and get information from people at a distance.  That’s one reason why I love Lynn McTaggart’s book, The Field, in which she investigates and demonstrates that everyone is connected through a quantum field.

While at Findhorn, I discovered The Laws of Manifestation by David Spangler. David says that manifestation is not magic.  It is a process of working with natural principles and laws to transfer energy from one level of reality to another. An example he offers of this process are authors who have an idea and write the idea down as a movie or a play.  It then now exists in physical form.

He talks about a writer who “has a concept which is mental. Through his speech to people, he is able to fire their emotions in response to that concept.” This person has translated mental energy into emotional energy.

He gives an example of a piece of coal. By itself it is cold, a black rock, yet it can burn; It contains the potential of heat. When ignited that heat is released. Physical energy is translated into radiant heat energy.

These examples show that manifestation is a change of form or condition of being. It is not the creation of something out of nothing.

What Does Manifesting Mean?

David says, “The dictionary defines it as making clear to sight or mind, making visible.”  He wants us to realize that the thing that was manifested was already there, but it was not clear it was in a different state of being.

I like this description because it’s true and easy to understand. You get an idea for a film, it’s in your head you see it, you feel it, you know it. It lives but in another dimension for lack of a better word. Your job as a filmmaker is to bring it into this dimension.

The idea was there but it was up to you to bring it into this dimension.  That’s why lots of people can come up with the same idea at the same time. The idea was in the quantum field and discovered by those who were the most open to receive.  Those would be the ones who meditate and who give themselves private, quiet thinking time.  They were able to pull down this information in its full form as if it already existed.

As president of non-profit From the Heart Productions, this is something I hear this all the time. Filmmakers say to me, “I woke up in the middle of the night I had an idea for a film. I started writing down the essence.  The next thing I knew I was at my computer the next day and every day for the next month and the entire script came to me.”

They say it was as if they had a guide or someone on the other side helping them. Perhaps they got their ideas from the quantum field, brought them into this third dimension, and used it for their film. However, it works, this is manifesting; taking an existing idea, and moving it into this dimension.

The Universal Laws for Manifesting

There are laws around manifestation and that’s what we want to consider.  “That faith, which is an abstract and somewhat frightening word to many people,” David suggests, “is the most important part of manifesting.” He quotes Hebrews 11:1, “faith is the substance of all things hoped for, the evidence of things unseen. By their faith you shall know them.” (The New English Bible phrases it in modern English, “faith gives substance to our hopes and makes us certain of realities we do not see.”)

David says “that when you ask to draw something to yourself, that something already exists. It could be an idea or a picture. Artists sometimes see a picture in nature or in their head and they must draw it, put it on paper or canvas, it to bring it into this dimension.

To conjure something up from nothing is magic but manifestation is not magic.  It is a natural principle or process where something is changed from one state of being to another.”

Sometimes I will ask people what is your logline? Please give me the film in one sentence.  “I don’t have it yet” they say or “I’m working on that” because they are in the middle of manifesting.  This is taking it from one dimension into another dimension.

“The movement of an idea within a person’s consciousness,” David concludes, “from a vague ambiguous state to one of clarity and understanding is the process of manifestation. Manifestation deals with a lot more than finance. You can manifest ideas, states of being, health, as well as tangible objects.”

Alright, we agree with you David because this has been our experience too.  Authors Wallace D. Wattles and Stuart Wilde, who we study in our Film Funding Guidance Classes, also have said that faith is required, that you must see it to believe it, and that your ideas have to be clearly defined.  You must pretend that you already have that which you want. It is a matter of bringing it into this dimension through your faith.

The Possibilities are Endless

Remember that what you want already exists on another dimension.  Noble prize-winning physicist Erwin Schrodinger says that anything is possible.  That in quantum physics there are millions of possibilities for everything.

This means that there are millions of possibilities for our future. It is up to us to choose the future we want and see it created using the laws of manifestation. It is our job to be very clear on what we want.

I know this is hard to do when you may be sitting with a bank balance of $100 and you would rather it was $100,000.  So how do you get from one place to another?  That is why it’s important to study manifesting, the laws of attraction, and the principles of creating a future that we want.  The more we know about the people who have already achieved this, the easier it will be for us to use.

Igniting the Energy Inside You

In my relationships with filmmakers, I’m witness to so much creativity and so many possibilities.  It’s easy for me to see.  But you as filmmakers need to see it. You need to know you are special.  You need to know that you have amazing gifts.

All of you are so lucky.  You were born with immense potential.  I am here to say to you that you need to daily thank the universe for your gifts.  Recognized them, be proud of them. Embellish them.

Ask for what you want. Expect a miracle.