From the Heart Productions, the top-rated non-profit dedicated to helping indie filmmakers get their films funded and completed, has announced the first Roy W. Dean Film Grant of 2022 goes to Invisible Children of LA.  Presented four times each year, the grant goes to a film that is unique and that makes a contribution to society.  Maryana Palmer, the film’s director and producer, will receive cash and production services to continue work on the project. 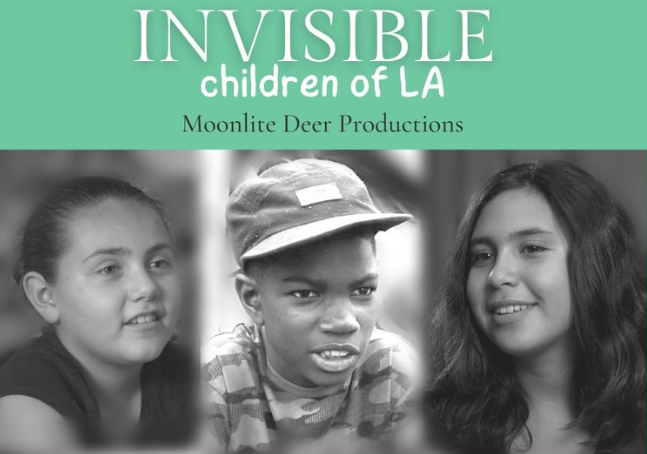 “With her film, Maryana has shown a light on a sadly neglected segment of the homeless, the children.” commented Carole Dean, President of From the Heart Productions. “With this poignant and hearfelt documentary bringing attention to their plight, hopefully more resources can be focused on them to improve their lives.”

Invisible Children of LA is a documentary featuring three homeless children  and their families in Los Angeles. It is a heartfelt, intimate, emotional film where we learn about the kids daily lives, how they cope with homelessness, how they feel about being homeless, what brings them joy and their hopes and dreams for the future.

Today there are over 5,000 homeless children on any given night in Los Angeles County. In the film, the personal stories of the children are interwoven with homeless advocates letting us know the reasons for homelessness, the systemic reasons, what needs to be done to eradicate this tragedy. LA City Councilman, Kevin de Leon is included as well as Pete White of LA CAN in skid row, and Morgan Blanchard who is a social worker for L.A. Family Housing.

As you get to know these amazing children, you will love them and recognize the importance of ending this terrible situation. 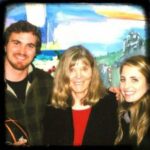 Maryana Palmer – Producer/Director – Maryana has been a psychotherapist for thirty-eight years, specializing in working with cancer patients. She has made two educational short videos, twenty years ago. One was a six minute video on an organization that helped students in the schools feed homeless people in Venice beach. The other was a short film on collaborative poetry with 3rd graders on the Rain Forest.

Invisible Children of LA is Maryana’s first professional film.  The short version has won ten international awards. She has always been a peace and justice activist and homelessness has always been her major concern.