Successful people manifest success. That is a core part of what Carole Dean, president of From the Heart Productions, has been teaching filmmakers for over 3 decades.  It has helped fund a lot of films.  It’s not enough to desire to create a film that audiences applaud or getting that check you desperately need to finish post-production.  You’ve got to have a picture in your mind of yourself in those scenarios.  Feel comfortable in it, feel you deserve it, and it will happen for you. 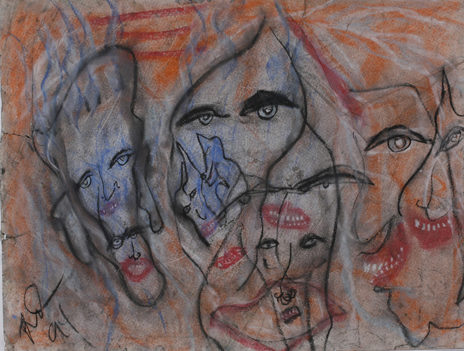 Do you have a clear vision of yourself and your future? You will need it to manifest your success

Carole Dean wrote “The Art of Manifesting: Creating Your Future” to explain the law of manifestation and outline how to use the law of attraction to accelerate your manifestations. You can turn dreams into reality and this book shows you how.

On The Art of Film Funding Podcast, she discussed with host Claire Papin how filmmakers and others can use the lessons in the book to create their own success.

What prompted you to write the Art of Manifesting, Creating your Future?

I wrote this after traveling the world teaching my book, The Art of Film Funding. I began to realize from listening to filmmakers that the greatest asset they have is their mind.

I made it a point to keep a record of those filmmakers who assured me that their film, “would be funded and finished within a certain time.” I also kept track of some who told me that film funding was “very difficult and they were unsure of themselves.”   I made it a point to connect to these filmmakers and followed up to see what percentage of them finished their film.

It was an incredibly high percentage. No matter what the subject, no matter what the budget. The fact that they believed they could do it seemed to overcome everything else. And those that said they thought it would be difficult were still looking for funding.

I had nothing in my book to support the power of your mind. I had intended to encourage people that their mind was powerful but did not focus on what is the most important asset filmmakers have, their faith.  Your belief in yourself and your belief in the completion of your film is paramount to production and funding.

The information in my “The Art of Film Funding” as well as my new book “How to Fund Your Film” must be accompanied by how to use your mind to fund your film.

I taught in South Africa, in New Zealand and all over America and I had so much fun, but the more I taught the funding book, the more it became clear that was only half of it. The real important side of film funding starts in your head. It’s all about what you think because “you are the magic.” You are what makes the film. And if you feel you cannot do it, that If you have the slightest feeling of discomfort, or if you lack confidence, this can impede your process.

Film funding really starts in your mind with your faith in yourself and your film.  It’s the most important part of funding.  As you might imagine filmmakers pitch me constantly for the film grant and to become sponsored by From the Heart. I can tell when someone calls to introduce themselves and their film if they’ve got the faith to fund their film or not. It is in their voice. It’s in their pitch, it’s in their paperwork and it is in their trailer.

Filmmakers need to be totally determined and fixed in the knowledge that their film is funded.  Their pitch to me must have that confidence.  All of us want to feel that the filmmaker can fund the film without us.  Your job is to make us feel that you are determined to make this film and that no one will stop you. That’s the level of confidence that you need to fund your film.

What does manifesting mean?

Manifesting: apparent to the senses, especially to the sight, apparent, distinctly perceived, hence obvious to the understanding, apparent to the mind, easily apprehensible, plain, not obscure or hidden.

In other words, you can’t say to the universe one day, okay, I am making a feature film and this is my plan, and then the next day I say, well, you know, I’m not sure if I want to make that film. I think I might make a documentary. You need to clearly define what you want to manifest.

This is the most important part of manifesting. It goes back to the definition, “evident to the senses.” You need to feel it, see it, know it, believe it. All the senses are involved.

You want to be able to talk about your film as if it is a fait accompli. This comes through your voice as someone who is most confident. Your body language must be very positive, this comes from your mind, you know that you can make and fund this film and you carry yourself with great confidence.

As for vision, you need to be able to see the completed film. You need to know what you want the film to look like so that you can describe it.  Funders, grantors, donors and crew members want to know your vision of the film.

To manifest you set goals, short and longer term, like a three-month goal, then a six months goal, etcetera, and start moving forward. That’s how you make it happen.  (Goal setting is fully explained here: https://fromtheheartproductions.com/film-funding-guidance-class/)

From the beginning, knowing what you want, and starting out on a strong foundation with clarity and vision. That’s how you manifest because you are manifesting every day with your mind. Think about this, often, at night, when you go to bed, you say, tomorrow at 8am I am on conference call, my goal is to close this investor, you go over the next day, you visualize it and then the next day you manifest your plan.

When you go back and look at the physics of how things in this universe work, we are the magic. We are what stops a particle.

They say particles are never at rest. They’re always moving even at zero-degree temperature. When a human looks at a particle, they can stop it. Now how does that work? I think it is because we are the magic. We are the power.

Understand the power of your mind and realize how powerful you are so that you can use that power to make your film. Your belief and faith in yourself are the most important part of filmmaking. To believe and have this confidence and have a clear vision of your finished film is how you manifest.

Why do you say that artists need to know the market for their films early in production?

Let’s say if you were going to drive from LA to New York, the first thing you do is to create a route to get to your destination.  You would not get in a car and start driving not knowing where you were going.

And you need to identify your audience at the beginning of production.  And don’t say “everyone” will love this film.  We want to know specifically who your audience is.  Give us a composite of the person who represents your audience.  Where do they hang out?  What clubs and what organizations online do they belong to?  How do they get their news?  NY Times or Buzz Feed?

You want to identify and connect to your audience because these people will fund you and they will buy your download. Once you Identify your audience then you can connect to organizations where there are more people interested in the same content as your film.

You need to connect to these people, attach them to your mailing list and keep them informed on the progress of your film. This is how you expand your database of contacts. Your contacts in film production are the lifeblood of funding and marketing your film. This is your audience.

Once you identify the audience then you can ask, “who would be interested in buying the film? Where, which channel? Which cable station, which streamer? Which one of these places would want to buy my film? You need that destination.

Downloading is going to be even more prominent in the future because of Covid-19. We may not have as many theaters when they reopen, we may have a smaller number, and they will be dominated by the major distributors. Now, more than ever, filmmakers need to have the knowledge of how and where to distribute their film.

It’s times like this, during a crisis, that your creativity can soar, and you can find new ways of distributing your film and end up making more money than you would have before Covid 19. Look at this as “a shake up of the old way” and you become an innovator for the new ways to distribute your work.

You book says you must have relentless faith to manifest, we want to know why.

Faith is one of the great keys to a successful life and I am sure it’s the greatest key to filmmaking. Faith in yourself, faith in your film, faith in the knowledge that universe will support you to raise the funds to make the film. If you read one of my favorite parts of the Bible, Matthew 17:20, it says:

For I assure you: If you have faith the size of a mustard seed, you will tell this mountain, ‘Move from here to there,’ and it will move. Nothing will be impossible for you.”

I don’t expect you to move the mountain, just move the Hollywood sign a bit.