I am sharing the book, Think and Grow Rich by Napoleon Hill, with our Film Funding Guidance Class. We have the class every two weeks for filmmakers who are fiscally sponsored by From the Heart Productions.

This book could have been written entirely for the film industry. 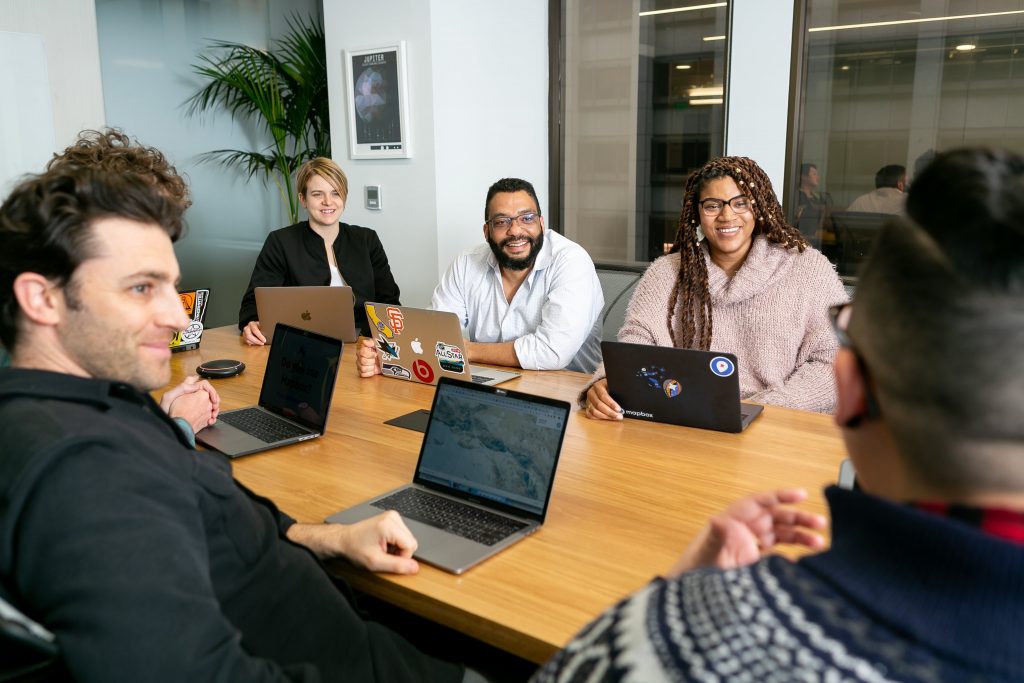 The Power of the Mastermind as The Driving Force for Success

“Power is essential for success in the accumulation of money” states Napoleon Hill. “Plans are inert and useless without sufficient power to translate them into action. Power may be defined as ‘organized and intelligently directed knowledge.’

When the director, producers, and cinematographer work together as a unit with a vision they are the power of the mastermind, a driving force. Even if there are only a two of you on the project right now, the two of you together create a mastermind, the driving force to riches.

Napoleon goes on to say that, “to better understand the potential power available to you through a properly chosen mastermind group, we want you to understand one of which is economic in nature and the other is psychic.

“The economic feature is obvious. Economic advantages may be created by any person who surrounds himself with the advice, counsel and personal cooperation of a group who are willing to lend him wholeheartedly aid in a spirit of perfect harmony.

“This form of cooperative alliance has been the basis of nearly every great fortune. Your understanding of this great truth may determine your financial status.”

No Two Minds Ever Come Together Without Creating a Third

The psychic phase of the mastermind principle is much more abstract, much more difficult to comprehend because it has reference to the spiritual forces.

“No two minds ever come together,” Napoleon writes, “without, thereby, creating a third, invisible, intangible force which may be likened to a third mind. Keep in mind the fact that there are only two known elements in the whole universe, energy and matter likewise they are units of energy.” (This book was written 100 years ago.)

“The human mind is a form of energy a part of it being spiritual in nature. When the minds of two people are coordinated in a spirit of harmony, the spiritual units of energy of each line form an affinity, which constitutes the psychic phase of the mastermind.

“The mastermind principle, or rather the economic feature of it was first called to my attention by Andrew Carnegie over 25 years ago. Discovery of this principle was responsible for the choice of my life’s work.”

The Wealthiest Men in America Made Use of This Concept

Mr Carnegie’s mastermind group consisted of a staff of approximately 50 men, with whom he surrounded himself, for the definite purpose of manufacturing and marketing steel. He attributed his entire fortune to the power he accumulated through this ‘master mind.’”

“Analyze the record of any man,” Carnegie claimed, “who has accumulated a great fortune, and many will show you that they have consciously or unconsciously employed the mastermind principle.”

Hollywood Was Built on the Mastermind Concept

Look at the old films and you’ll see that in watching the dailies or the rough cut there’s always a group of people sitting in the screening room and they are all giving their input. Not just one person, but a group of them giving ideas and using this master mind power to improve the film.

The Warner Brothers knew about the mastermind concept.  They knew that, when two or more were gathered, to use their power to focus on a successful outcome, that this is when the third mind, this psychic mind, the God mind, would appear with brilliant ideas and powerful suggestions.

They knew that two minds together, working towards one goal brought out the God mind which held the secrets of the universe.

Masterminds Can Convert Energy into Matter with Brilliant Ideas

Napoleon goes to say “energy is nature’s universal set of building blocks, out of which she constructs every material thing in the universe, including man and every form of animal and vegetable life through a process which only nature completely understands, she transforms energy into matter.

Our Presidents Use this Mastermind Concept for Guidance

Our presidents do this, they have boards of wealthy successful businessmen who give them basic ideas and advice.

A friend of mine, Sonny Fassoulis, was on the president’s Advisory Board for his knowledge of the Far East.  He walked across China getting back to his squadron after he was shot down over the Himalayas during World War II.

He became friends with Chiang Kai-shek, a politician, revolutionary and military leader who served as the leader of the Republic of China. Sonny actually flew him around China and then at 23 he took over all the imports to China.

He knew China and the surrounding areas and was of much help to our Presidents.  Sonny would fly at his own expense to Washington monthly and join an advisory board which contained some of the top brains in the United States.

Men take on the nature and the habits and the power of thought of those with whom they associate in a spirit of sympathy and harmony.

The chief source from which power may be attained is infinite intelligence. When two or more people coordinate in a spirit of harmony, and work towards a definite objective, they place themselves in position, through that alliance, to absorb power directly from the great universal storehouse of infinite intelligence.

What is paramount to success is to understand that, to achieve the greatest results, you need to stay on a positive track even though someone suggests an idea that is outrageous you do not negate it; you build on it.

You build on an idea to something even more outrageous.  And, before the night is over, you have some incredible new ideas. Edward de Bonor wrote about this in his book Lateral Thinking: Creativity Step by Step. It is very important that you keep negativity outside of these meetings. Let your imagination go free and have fun and once it is over you can find the jewels and implement them.

Napoleon says something that’s very important for us and those of us who are in the throes of fund raising already know this very well.

“Money,” Napoleon comments, “is as shy and elusive as the old-time maiden. It must be wooed and won by methods not unlike those used by a determined lover, in pursuit of a girl of his choice.

With that persistence, use your faith and desire to achieve your goal.  Never stop until it is achieved.

Money Goes to the Person, Not the Film

You really need to woo your potential donors. They need to know who you are because they need to like you and trust you.

This can take six months to a year maybe two years.  Tom Malloy, indie producer and co-instructor in my Intentional Filmmaking Class, talks about spending hours and sometimes even weekends with potential donors and finally getting the money.

He tells the story of a time when he had been wooing a potential donor for many months.  When, on a Saturday night, he was all comfortable at home with his family and the phone rang.  The potential investors said, “come over I want to talk to you.”

Tom got up from his comfortable couch, got dressed, and drove over to the investors home.  He spent the evening with him and guess what? He received an investment of $100,000 that night.

Think about it.  You’re not going to jump at an offer when you meet someone. I don’t care if it is the best offer you ever heard. You are giving your money to that person not to that film.  So, you want to know who is this person? Have they made films before? Are they trustworthy?

Think of a Donor or Investor as a Potential Soulmate

A good investor would want to spend time with that person before they wrote a large check.

You can’t just walk up to someone, show them your trailer, ask for a large donation and expect to walk away with it. You need to think of the ways that you woo potential partners and apply those to wooing your donors.

For women, think of what you would do if you met someone that you thought might be your soulmate. What would you do? That’s exactly how you want to treat a donor or an investor.

Napoleon says, “When money comes in quantities known as ‘big money,’ it flows to the one who accumulates it, as easily as water flows downhill.”

You see that when someone does a good film, and they get a three-picture deal.

Getting Into the Flow of a River Going Downstream Brings Financing.

According to Napoleon Hill, there exists a great unseen stream of power.  It is like a river.  One side flows in one direction carrying all those onward and upward to wealth.  On the other side of the river, flowing in the opposite direction, are those unfortunate enough to get into it and not be able to extricate themselves from it.  This side flows downward to misery and poverty.

I am sure you have met some of those people.

Remember in the film, Star Wars, where Han Solo, before leaving Yavin 4, said to Luke Skywalker “May the Force be with you.”

This is the same thing Napoleon Hill is saying, get in the river that flows carrying all upward and onward to wealth.