“We truly want to thank you both so much for all your feedback, encouragement and support.” Malina emailed From the Heart Production president Carole Dean and Carole Joyce upon receiving the Redford Center Grant.
“We’ve applied to many grants this past year and yours is the only one that provided feedback, which is what has helped us grow.”
282 filmmakers applied to the grant from over 28 countries.   6 indie documentaries were selected along with the 7 filmmakers who made them.
The grant was created to provide support for six feature-length film projects in early development that are focused on driving awareness, education and tangible action on a variety of environmental topics.
“The Coverup” reveals that the average person is exposed to about 126 chemicals a day, just from their cosmetics and personal care products (soap, shampoo, deodorant, toothpaste, makeup, etc.).  Scientists have linked some of the chemicals to serious health effects including cancer, infertility, and birth defects. The documentary seeks to empower consumers and companies alike and challenge our government to protect the public.
What’s Next for Filmmakers
Malina and Lynn will be going to Utah this November to attend a story summit at the Sundance Resort.  They will also receive a $15,000 development grant to produce a written film treatment and short proof-of-concept film over a 3-month time frame, mentorship from issue experts and industry leaders to refine their project narratives and impact goals, a GoPro Hero 4 Black Camera, film distribution as part of Redford Center Grants’ series of shorts and consideration for co-production with The Redford Center.
They will also be making full use of all the donations in the Roy W. Dean Spring Grant which includes:

The Roy W. Dean Grant is awarded 3 times each year to a film that is unique and makes a contribution to society.   Applications for current grant are now being accepted.

Oxnard, CA  Oct 4, 2016  From The Heart Productions, the 501(c)3 non-profit with a mission to help filmmakers get their films funded, has awarded the Roy W. Dean Spring Film Grant of 2016 to the feature documentary, The Coverup, and its mother and daughter filmmaking team of Lynn Pelletier and Malina Fagan.  For winning the grant, they will receive $30k in cash, film products and services to complete their film.

Started in 1993, the Roy W. Dean Film Grant is awarded 3 times each year to films that are unique and make a contribution to society.  There is a Spring, Winter, and Fall Grant.  The grants are open to all types of film projects including documentaries, short films, features, and web series in any stage of production.  225 films were submitted for this year’s Roy W. Dean Spring Film Grant from the United States and around the world. 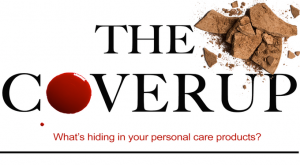 “The Coverup” reveals that the average person is exposed to about 126 chemicals a day, just from their cosmetics and personal care products (soap, shampoo, deodorant, toothpaste, makeup, etc.).  Scientists have linked some of the chemicals to serious health effects including cancer, infertility, and birth defects. The documentary seeks to empower consumers and companies alike and challenge our government to protect the public.

Filmmakers Lynn and Malina had previously applied several times to the Roy W. Dean Film Grant.  Like all other applicants, were given a free consultation to improve their application. They persisted and made the appropriate adjustments and eventually won the grant.

“These two women are talented and determined.” admired Carole Dean, president and founder of From the Heart Productions. “Those are two traits that always equal success in film funding.  It’s especially nice for myself and Carole Joyce, my daughter who helps with grant outreach, to be able to give the grant to another mother and daughter team.”

“The Coverup” reveals that the average person is exposed to about 126 chemicals a day, just from their cosmetics and personal care products (soap, shampoo, deodorant, toothpaste, makeup, etc.).  Scientists have linked some of the chemicals to serious health effects including cancer, infertility, and birth defects.  The documentary seeks to empower consumers and companies to challenge the government to protect the public. 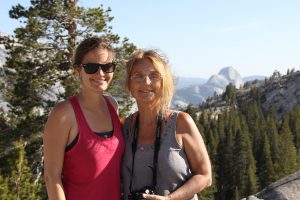 Lynn Pelletier and Malina Fagan are the dynamic mother-daughter duo behind “The Coverup”.  Lynn is a health practitioner of over 30 years who specializes in acupuncture and allergy treatments.  Malina is an award winning filmmaker who is passionate about health, the environment and human empowerment. Having lost several people in their family to cancer, they are committed to raising awareness of environmental toxins and disease prevention.

Malina’s films have premiered in IMAX at the Denver Museum of Nature and Science, aired on Rocky Mountain PBS, and been selected at festivals across the country, winning awards for their cinematography and storytelling.

For winning the Roy W. Dean Spring Film Grant, they will receive $3,500 cash donated by From The Heart Productions.  The grant also includes a hard drive from G-Technology, tape stock from Media Distributors (now Filmtools), discount on color, editing and production services from Promedia, equipment rental from Alpha Cine NY,  and much more from many heart-felt donors.

Past winners of the grant that have been completed include the Emmy winning Mia: A Dancer’s Journey, the SXSW Best of Fest Music Film The Winding Stream: An Oral History of the Carter and Cash Family, and the now in release on video and on demand The Brainwashing of My Dad

From The Heart Productions is a 501(c)3 non-profit dedicated to helping filmmakers get their projects funded and made.  Besides providing funding through the grant, they are also a fiscal sponsor which allows donations made to films they sponsor to be tax deductible.  From The Heart has raised over $2.3 million for crowdfunding films as a partner with Indiegogo.  President Carole Dean is the best-selling author of The Art of Film Funding: 2nd Edition, Alternative Financing Concepts.