Making money theatrically distributing your documentary has been an elusive goal for filmmakers.  Except for one. 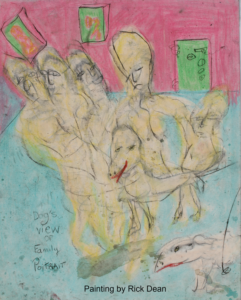 Build Your Audience Before You Finish Your Film

I recently interviewed Christo Brock, writer/director of the documentary Touch the Wall, on my Art of Film Funding Podcast.  He has perfected a 3 part formula to pull it off that resulted in his film being screened 363 times to date.

Be determined to build your audience before your film is finished.  Find a champion.

As a basis for their film, Christo Brock and his partner Grant Barbado chose to follow two Olympic swimmers as they trained for the London Olympic Games.  One of his swimmers, Missy Franklin, became an international sports star when she won four Gold Medals and broke two world records.

Christo & Grant, like many other documentary filmmakers, seem to have the Midas touch by choosing people who become famous in their field.  This often makes the years invested by the filmmakers profitable.  That’s what I like to see, filmmakers who make money on documentaries.

Building an Audience Before Your Film is Finished

Christo raised $119,000.00 (see below for bonus crowdfunding tip) through Kickstarter.  He says it was a real blessing because this connected him to his major portion of his audience.

He discovered more of his audience while creating the documentary.   Each time they filmed a swim event, both he and Grant spent time meeting people, getting names and especially looking for groups and organizations.  Then, they would follow up and connect to them.

They were constantly adding names to their database and keeping their audience informed about the film.  They also hired people to help with outreach and had them focus on contacting swim clubs and making savvy posts online.  They worked hard to engage people and which would later paid off financially.

He then took Peter Broderick’s advice and found a champion in USA Swimming which is the governing body of amateur swimming in the US.

In the interview, Christo reiterated what producer Tom Malloy and I teach to filmmakers in our Intentional Filmmaking Class. Find an audience to become dedicated champions.  Find groups or people that care about the project early on because they have a stake in it.

USA Swimming wanted to see the film completed.  They were there to donate, follow the film, and help fill up theaters for screenings.

I asked Christo for a good tip on crowdfunding.  He says  for his new film, on every interview he makes sure they take lots of behind-the-scenes footage, both stills and video.  He asks  the interviewee to give him a pitch for his Kickstarter.

When he runs his campaign, he will have these “asks” from people in the film.  He has them say things like “Hey, I am John Smith and I hope you support this film about craft beer.”  Just that short and it works.

Check out his web site to see how he used shots of Missy Franklin on his web site for funding his swim film. http://www.touchthewall.com/film-clips