Persistence is the habit of concentrating one’s thoughts upon building plans for the attainment of a definite purpose.   Persistence is a direct result of habit. Your mind absorbs and becomes a part of the daily experiences upon which it feeds. 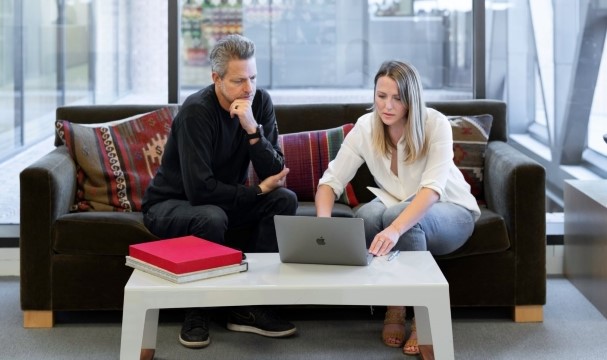 Using persistence to raise money and create your film takes a lot of courage. I see it all the time in the filmmakers we fiscally sponsor at From the Heart Productions and who apply for our Roy W. Dean Grant.

If you are contacting them again for the second or third time consider this email to be a reminder, a gentle reminder, because persistence pays off. Persistence is the trait of any top salesperson.

Here’s how to develop persistence.

Producer Tom Malloy, who has raised millions for his films, his own saying that describes his belief in the power of persistence.  Go until no.  You want to keep asking until someone says, “absolutely no!  I will not fund your film.”

Then Tom says OK, I understand you won’t fund this film, but can I contact you when I start my next film? And always they say yes!  That is true persistence.

You need to offer them something. Like putting their name on your website or listing their name in a rolling credit on the film or posting on social media the fact that they gave you money.  Find something to give to them.

Creating the Habit of Persistence

There are four simple steps which lead to the habit of persistence. They call for no great amount of intelligence, no particular amount of education, and little time or effort.

Napoleon Hill, is his masterwork Think and Grow Rich that has guided thousands to success over nearly 100 years, says these four steps are essential for success in all walks of life. The entire purpose is to be able to take these four steps as a matter of habit. These are the steps by which one may control one’s economic destiny.

They are the steps that lead to freedom and independence of thought.

They are the steps that lead to riches, in small or great amounts.

They lead the way to power, fame, and worldly recognition.

They are the four steps which guarantee favorable breaks.

They lead to the mastery of fear, discouragement, indifference.

“There is a magnificent reward for all,” Napoleon Hill writes, “who learn to take these four steps. It is the privilege of writing one’s own ticket and making life yield whatever price is asked.”

Why You Need Sticky Story

When you are sending out emails asking for donations, you need to be persistent.  People are all in a hurry, often over caffeinated so you want to make it very easy to send the money and make your “ask” emotional.

Tell me a sticky story that the person can remember.  Dan and Chip Heath wrote a brilliant book, called Made to Stick.  After reading their book I created, with their approval, what I call a sticky story which has the elements mentioned in their book and I wrote it for filmmakers.

In a “sticky story”, you take all the knowledge you have on your film and transform it into a simple story that is easy to remember. The first rule is to keep it simple, find the core of the idea. You may have volumes of fascinating information but keep taking things away until you can’t take anything else out or you lose the essence.

How To Create Your “Sticky Story”

Think of journalists who create lead copy for articles, and you get the story in a few words, they prioritize. So, can you.

This simple story needs something unexpected; this is to be sure you get their attention.

You might ask a question that the film needs to answer. It can be a surprise like a shocking fact or a point of interest they will remember or a massive change in direction for the film.

You need specific people doing specific things or give them some facts. Concrete ideas are easy for people to remember and they create a foundation.

This is what makes people believe your story. This can be a place for truthful core details and please make them as vivid as possible. We need to see your film from the words you use.

I say, “touch my heart and I reach for my pocketbook.” We communicate through the heart chakra, so touch me with your story.  You can do this through one of your characters, let me feel them.

When you pitch me your “sticky story,” I want to walk away with your film in my mind forever. Then I can tell my friends that I invested/donated to your film and brag about it on my social media.

Remember, you have carried this film for several years and your audience is just hearing about it. That’s why brevity and a sticky story are needed to transmit your knowledge.

First write down your story.  Next, begin to say it, so that you can put these elements into your own words.  That should give you a good pitch, an outline for a written “ask” for emails or letters.   I get letters all the time from organizations I donate to.  Letter writing is still appreciated.

I understand that wealthy people always open a hand addressed envelope first.  Use good stationary, find paper with texture.  I like to think about people being in three categories.

Audible, you can hear this in their conversations, I heard, He said, did you listen to….

Visual people say I see what you mean, they visualize everything…

Kinesthetic people are the “feelers.”  For them you want textured paper.  It’s the feel of something that they use to judge you by.    That’s why I always pay a bit more for textured paper with our stationary.

You may also want to put a special stamp on the envelope.  The post office normally has stamps for the Arts that are beautiful and will really set your envelope aside from all other mail.  You might get some of artistic looking stamps to use for any correspondence.

Do You Really Deserve This Money?

Now, it is up to you.  Are you open to receive?  Do you deserve $100K to fund your film?  Why should people give you money?

You want to be totally open to receive.  You may have to convince yourself that YES, you are worthy, yes you will be honest and use the money to the benefit of all concerned and produce an excellent film.

Remember, fear is the worst of all enemies and can be effectively cured by forced repetition of acts of courage. I agree it is an act of courage to ask someone for money for your film.

I’ve never met a filmmaker who wasn’t a self-starter.  it’s your persistence and your willpower that creates your success with funding and finishing your film.