From The Heart Productions, the non-profit dedicated to helping filmmakers get funding, announced the 6 finalists for the Roy W. Dean Spring Film Grant.  Winner will receive $30,000 in a combination of cash and donated services from film industry professionals and companies. 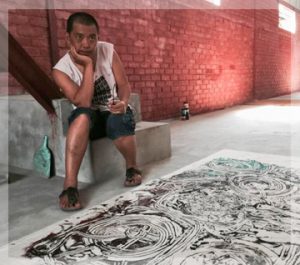 The 6 finalists were selected out of an initial group of 22 finalists for grant.  Over 225 submissions were received for this year’s grant.  The projects included features, short films, documentary, and web series.

“Filmmakers with unique stories that contribute to society have the toughest road to get funding” said From the Heart President Carole Dean “That is why we founded the grant.  Without it’s help, these projects might otherwise never get made.”

The grant includes $3,500 in cash and donations of film services and products.  Some of which include a 1TB G-Drive ev ATC from G-Technology, a 30% discount in equipment rental from AbelCine Tech, Inc. NYC, 40% deduction on color, editing, and production services from ProMedia, and much more from those who care about helping independent filmmakers.

The films and their filmmakers chosen as Roy W. Dean Grant Finalists are:

Belly of the Beast – Erika Cohn – Documentary intimately chronicles the journey of women fighting reproductive injustice in their communities.

Holden On – Tamlin Hall – Based on a true story of dual diagnosis, the feature is a dynamic 17-year-old’s point of view journey to keep his mental illness a secret at all costs.

How the Cats Took Over the Internet – Laurin Lazin – Documentary feature film for all ages. It takes a provocative and entertaining look at the history, meaning, and impact of user-generated content… as seen through the lens of the cat video.

The Coverup – Malina Fagan – The documentary reveals startling information previously hidden from consumers that links exposure to low dose chemicals used in soaps, lotions, baby shampoos, deodorants, etc. to devastating health effects such as cancer, infertility, birth defects and more. This solution oriented film teaches viewers how to protect themselves, their families and the environment, and challenges our government to protect the public.

U Htein Lin – Mr. Bright and Shiny – Vanessa Smith – Documentary on a Burmese artist who was sentenced to prison without a fair trial and who spent 6 and one half years in prison.

Now in its 24th year, the Roy W. Dean Grant is awarded 3 times each year.   There is a Spring, Summer and Fall Grant.  The Fall Grant is now accepting entries and closes September 30th.  Films submitted to the grant can be short films, documentaries or features from early stages of pre-production to those needing help in post.

The grant has been integral in helping talented artists with great stories get their films produced.  Recent past winners of the grant include the award winning “Heist: Who Stole the American Dream” and “The Winding Stream: An Oral History of the Carter and Cash Family”, and Mia: A Dancer’s Journey which just won an Emmy award.

The 501(c)3 non-profit was founded by Carole Dean when she saw how many filmmakers with important, new, and often controversial stories were having trouble getting financing for their films.    From The Heart is a fiscal sponsor for films which allows donors to get a tax deduction for their donations.  Their Intentional Filmmaking Class that teaches filmmakers the tactics on how to get funded is now open for enrollment.  Classes start September 26th.