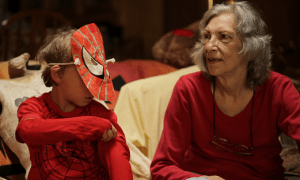 Awarded to a unique film that contributes to society, 21 independent film projects have been chosen as finalists for the Fall 2018 Roy W. Dean Grant.

The grant is offered by the non-profit From The Heart Productions. The winner will receive $30,000 in a combination of cash and donated production services from film industry professionals and companies which support independent filmmakers.

“It is truly inspiring to see the personal, societal, and environmental challenges we face in the world today being addressed so passionately by so many talented filmmakers.” said Carole Dean, President of From the Heart Productions.

Finalists include documentary, feature, short films, and a web series.  Films will now go to the judges to determine winner which will be announced in early February.

View overview of project summaries and filmmakers for the 21 Roy W. Dean Grant finalists for the Fall 2018 which include:

Children of Concrete and Steel (Short)

Be Natural: The Untold Story of Alice Guy-Blaché (Documentary)

Days Of His Life, Days Of Our Lives (Documentary)

It’s Not Who I Am (Documentary)

Out of My Comfort Zone (Feature)

The Future of Food (Documentary)

The grant winner will receive $3,000 in cash provided by From the Heart Productions and donations of film services and products from film industry professionals and companies.  These include $15,000.00 theme music and score written by well-known composer David Raiklen, $6,000.00 in animation from Emmy award winner Charlie Canfield, $500 in expendables from Filmtools, a G-Drive from G-Technology, and more from many heartfelt film industry donors.

Founded in 1992, the Roy W. Dean Grant is awarded 3 times each year.  Grant seeks films that are unique and make a contribution to society.  There is a Spring, Summer and Fall Grant.  The Spring 2019 Grant is now accepting entries.  Films submitted to the grant can be short films, documentaries, features, and web series from early stages of pre-production to those needing help in post.

The grant has been integral in helping talented artists with great stories get their films produced.  Recent past winners of the grant include the award winning “Heist: Who Stole the American Dream”, “Kusama-Infinity”, and Emmy winner “Mia: A Dancer’s Journey”.

The 501(c)3 non-profit was founded by Carole Dean in 1993.  She was prompted to act when saw how many filmmakers with important and often controversial stories were having trouble getting financing for their films.  The mission of From the Heart Productions is to educate and assist filmmakers in getting funding.  From the Heart offers fiscal sponsorship for films which allows donors to get a tax deduction for their donations.  Their Intentional Filmmaking Classes which teaches filmmakers the tactics on how to get funded is now open for enrollment.  Classes start in February.