Bill Woolery, the editor behind the trailers for such films as “ET” and “The Usual Suspects”, was known as “The Trailer Specialist.”

This blog was written for us by Bill when he was a donor to the Roy W. Dean Grant. In this, he offered his advice on documentary trailer editing drawn from his 25 years of experience. He also wrote a chapter in Carole Dean’s book, “The Art of Film Funding.”

In the complex business of getting your documentary funded and distributed, having a dynamic, well-edited video promo has become a critical element in a successful strategy.  But often when the producer/editor turns his attention to creating this kind of trailer, the results can be less than satisfactory. 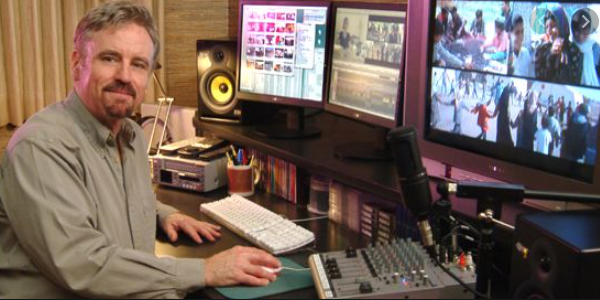 Why?  Because long-format pieces and trailers are two completely separate video realities.  Each has its own rhythm and energy; each uses a different language to express the same emotions.  Editing a documentary benefits from a well-developed, logical Left Brain …while trailer editing is much more a Right Brain exercise.  Structurally existing in different worlds they nevertheless are both true and faithful to the concept and the heart of the overall project.

Trailers for documentaries are used in two ways.  One format’s goal is to impress funding entities with the importance of the project and the value of contributing to it.  In this case, the editor takes whatever footage is available and attempts to recreate the theme and quality of “whole picture.”  The other trailer format is created from the completed documentary and is used to showcase it to potential distributors, broadcasters & home video releasing companies.

You’ve worked hard and are satisfied with the pace and rhythm you built into your doc. This is surely an asset that you want to preserve in the trailer, yes?  No!  Taking various chucks from your doc and assembling them into a promo without totally rethinking the editing will produce a clumsy, ineffective result.  Individual & overlapping arcs, the “build” in momentum, the emotional “gear changes” that characterize a great trailer have little in common with the corresponding elements in the full-length piece.

Yes, the trailer will try to cover all the salient points and emotions it can, but the way that these play off each other and contribute to the whole requires a different construction.  True, the trailer may be 50 or more minutes shorter than the doc, but if it’s a great cut nothing will be “lost” from the integrity of the full piece.

A RULE THAT NEVER FAILS

LET THE MATERIAL LEAD YOU.

“We’re thinking it should be 3 minutes,” I sometimes hear. “Does that sound right to you?”  In theory, yes.  But, as the cut begins to hone down into a solid form, the intrinsic qualities of the material become the determining factor in these kinds of decisions.

In the trailer mind-set, you’ll find that the material will “tell” when it’s been on the screen long enough.  It will tell you when you’ve revealed too much of it, or if you need to add a bit of setup so that it can “speak” more clearly.  It will tell you if the music cue is wrong.  I usually like to build a long sequence first and then allow the scenes to tell me which of them are superfluous and which should remain in the cut.

“BUT WE ALREADY PAID FOR THIS MUSIC”

In scoring your doc you’ve probably made many choices using music sensitively and episodically.  But music in a trailer runs continuously -with rare exceptions for dramatic pauses.  It must have momentum, a pulse that propels the trailer (either strongly or gently) from top to bottom.  If your doc already has such a cue, you’re in luck.  If it doesn’t, there’s little alternative to finding a new cue.  You could also ask your composer to create faster tempo versions of the existing cues.

If you use several cues in the trailer always start with the slowest tempo first and proceed with quicker and quicker ones.  This rule can be broken …but the only exceptions I’ve encountered were due to unusual circumstances, say when the trailer has to end on a tragic note that follows a more active and expositional middle section.  It’s not a particularly good idea to end a trailer tragically.  No need to devise a “happy” ending, but it’s a better choice to leave it open ended with a bit of mystery about the people and the outcome.

MAKE SURE IT ENDS

Avoid a slow music fade out at the end.  Yes, your doc may have a beautifully constructed, delicate ending that leaves the viewer in tears.  Your trailer can also invoke a similar poignancy …but it must have a definitive ending.  Why?  The viewer may leave your doc a changed person, pondering a new awareness.

But when the trailer ends, he or she needs to be thinking, “Hmm, I really want to see that.”  That’s the “new awareness” you want to create here.  This need not be seen as a “selling out” or a commercializing of your project.  It’s just the way a trailer has to work.  A good trailer cut will not compromise the integrity to your project.

Invite the clients to sit down the first time they view the trailer cut on the monitor.  A standing person can be uncomfortable and will perceive the cut to be longer than one who is sitting.  Whenever I hear, “It feels just a bit too long,” it’s always from the person standing.