Beware the Counter Intentions Keeping You from Realizing Your Dreams

Dr. Joe Vitale was featured in the film “The Secret” and he’s a bestselling author of many books including The Miracle, Six Steps to Enlightenment, Zero Limits, and the one I recently interviewed him about, The Awakened Millionaire. 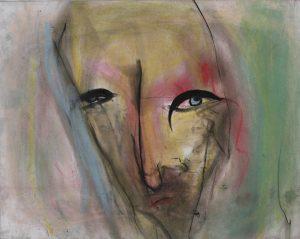 Are Your Counter Intentions Blocking Your Path to Success?

In this book, Joe says that mental blocks might be the cause of our inability to even imagine ourselves standing in awakened abundance.

When he joined me on my The Art of Film Funding Podcast, I asked him what were some of these blocks and how they could be overcome.

Look Out for Counter Intentions

“The whole concept of counter intentions,” Joe states, “is something I originated and I believe it is kind of my claim to fame. I think it’s an insight to why people say, ‘Well, self-help doesn’t work,’ or, ‘The Secret didn’t work for me,’ or, ‘The Law of Attraction doesn’t work for me.’

“But, inside our subconscious mind are what I call counter intentions. The counter intentions are limiting, negative beliefs, most of which we’re not even aware of until we start to explore and look for them. It explains why in January there’s a rush to join the gym and by the end of January nobody’s in the gym. At the beginning the intention was there. ‘I’m going to join the gym. I’m going to get fit.’ That’s a great intention, but why didn’t we go back?

“Unconsciously we had things like, ‘Well, this isn’t going to work for me. I’ll always be this way. Working out is too hard. The gym is too far away.’ I mean there’ll be all kind of things. Those are counter intentions.”

Let Go of Excuses and Rationalizations

“Those are the reasons we don’t know what we’re going to do. There’s always going to be counter intentions. You can look at anybody at any time and they can stand there and say, ‘Well, I’m going to join the gym.’ Then they’ll say, ‘I’m too old.’ ‘I’m too young.’ ‘It’s my DNA.’ ‘It’s the weather.’ ‘It’s my whatever.’ Those are counter intentions. What we want to do is become aware of them and release them so we can achieve our dreams, including making films.

Joe says that awareness is really a simple thing. When people read his book “The Awakened Millionaire” or his free book, “Attract Money Now”, a lot of the counter intentions disappeared because awareness of them alone helped blow the whistle on them.  They started to release their counter intentions when they realized those are just excuses and old beliefs.

“It is important to become aware of the beliefs because most of them aren’t even ours,” he explains. “We’ve downloaded beliefs from our family. I tell people, ‘Were your parents Mr. and Mrs. Buddha? Were they enlightened?’ No.

“Our parents came with their own limiting beliefs and they passed them onto us. Good-naturedly, I mean they were looking out for us. They weren’t trying to program us for lack and limitation or don’t go for our dreams or money is bad. They had those beliefs and just simply passed them on. We as little kids don’t know any better. We download all that information thinking, ‘Well this is the way life is.’ I’m here to tell you that’s not the way that life is.’”

“I teach people to expect miracles. I teach people to go for their dreams. One of my latest books is called ‘The Miracle: Six Steps to Enlightenment.’ Even the book you’re referring to, ‘The Awakened Millionaire,’ is all about the idea of breaking free of limitations. Another book I wrote is called Anything Is Possible and it’s from the philosophy that today, I don’t know that there’s anything we can’t have, do, or be.

“We may not know how to achieve it or create it but I bet there is a way or we can create a way. I come from the mindset that nothing’s impossible, nothing. You want to make a movie? You want it to be a blockbuster? You want all kinds of success from it? Why not? That’s the new mindset. This new mindset comes from eliminating those limiting beliefs, breaking free from the trance of limitation.”