LinkedIn Groups are Great For Sharing Filmmaking Info, Getting Tips, and Finding Work 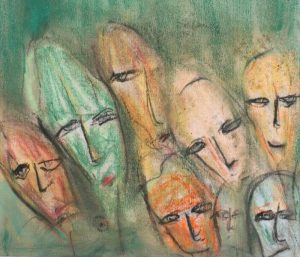 LinkedIn Group Members Can Get and Give Advice on Story Structure, Budgets, and Funding

There are groups to join for documentary, feature, and short films as well as crowdfunding and financing.

On my weekly Art of Film Funding  Podcast , I was lucky to spend some time with a cherished friend, Norman Berns, an Emmy award winning producer who is head of the LinkedIn group for Film & Television Professionals.   They now have over 200,000 members.

Norman shared with me his insights and tips on how best to use LinkedIn Groups.

Why should filmmakers join online groups?

“Why do people go to the town square and hang out for the evening? You do it because that’s where the people are.” suggests Norman.

“If you want to find out from filmmakers, where do you find a whatever, anything from a prop to a location to a producer, those are the people you would ask.  And if you sell it well enough, if you present the information well enough, you’ll get a good answer.”

What should you do when you join a LinkedIn Group?

“Alright, we have this town square”, said Norman “If you rush into the town square and you say, ‘I’m here, I’m here, look at me,’ people will wander away.  You have given them nothing.”

The best way to start is to share something that you learned.  Share your experiences in filmmaking.   The easiest thing people can do in groups is to share knowledge and come off as the wisest person in the room.

How can you get people to give you advice on your film?

If you want people to look at your film, if you want to utilize the group, explain what you did.

So, if you’re free with information, if you give, before you ask to get, you will get a good response.

How do you market yourself and actually make money for a professional4 service in a group?

Norman said his group has a lot of people in it who work closely with story structure, who teach writing, who talk about protagonists, antagonists, all the pieces that make up a good story.  They’re really incredibly generous and some have workshops.

But, if you want to get people into your workshop, you have to set out a lot of breadcrumbs of wisdom to attract them.  As they come in picking up all these bits of knowledge you’ve laid out, they will eventually come through your door.  It takes some effort.

This is the helpful and the respected way to promote yourself online in groups.  Then you can tell people when you have a seminar and you have a much better chance to get customers.

How do you promote your talents to get work?

Norman’s advice is to answer:  “Who are you? What are you talking about?”

“If you come to me and you say, ‘I made a film for $20,000. I had these people in the cast. We shot for these many days, and I used this special crane that I had my grips build.’

Well, all of a sudden I really am interested, I really want to know.”

The people who say, “hire me, hire me”, are missing the point.

“If I like what you’re telling me, if I like the product that you’re delivering, I’ll hire you. But, I’m not going to start the conversation by hiring you, and then figure out whether I like your stuff.”

Can you talk about funding for your film?

Norman said that he limits this discussion to technique rather than making an “ask” from the group.

What’s fair and acceptable is for someone to say, “If I were looking for money for my film, where would I go?”  That’s worthy of a discussion.

“But please do not say,” Norman chides “Go to my Indiegogo campaign and donate!”

You can check out the entire Art of Film Funding podcast with Norman Berns for insights on LinkedIn and producing.