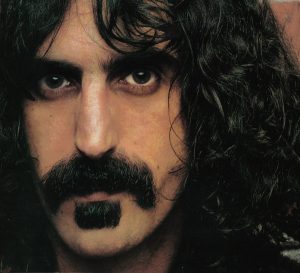 “Zappa is inarguably one of the most significant, beloved, misunderstood, provocative and controversial artists of the twentieth century.”
Alex Winter, filmmaker

Alex Winter’s Zappa is the documentary about Frank Zappa I have been awaiting for a long time. I first encountered Frank Zappa’s work when I purchased and listened to his debut LP, ‘Freak Out!’ the summer of 1966. I became an instant fan, and that admiration never waned. Zappa is the first documentary film about the musician and entrepreneur that garnered the Zappa family’s blessing and cooperation.

Zappa reveals the raging genius from early childhood through his tragic, untimely passing. We see and hear Zappa in a multitude of contexts—at home, on the road, in classical concert halls, on the streets of the former Czechoslovakia supporting revolution, in the US Congress, on talk shows, writing music, telling his personal story, expressing his opinions about the worlds of music he inhabited and reviled, and his escorts through a very large vault of his life’s work.

We also hear from wife Gail—who passed away in 2015—and many others who knew and/or worked with Zappa, telling their own experiences and thoughts about Frank Zappa.

Yours truly is grateful for this film, and I encourage all readers to see Zappa. I fully endorse Alex Winter’s quote above—especially the word, ‘misunderstood.’