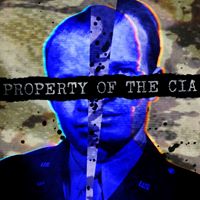 Wormwood is two films in one: A narrative about Olson’s participation in the infamous CIA/US Army program known as Project MKUltra, with Peter Sarsgaard in the lead role; and a documentary about the circumstances leading up to, and subsequent to Olson’s untimely death. The central character in the documentary is Olson’s son Eric who spent most of his life researching his father’s untimely passing. The two films are masterfully woven together to tell the story of Frank Olson’s death, of his son’s attempts to determine why and how his father died, and to hold the perpetrators accountable.

For those unfamiliar with MKUltra, it was a program that included dosing subjects with various drugs. While working for this program, Olson was surreptitiously given a dose of LSD. He became increasingly disturbed in the days after. Rather than help him or his family seek private help, Olson’s co-workers took care of him in those last days, keeping him away from his family. In an unbalanced state, he was a security risk. During this time Olson, accompanied by co-workers, was checked into a room at the Statler which had a policy that unbalanced individuals be checked into the lowest floor—this time, unenforced. It is likely the hotel was not informed.

Wormwood is a herculean effort which highlights a federal government out of control, not accountable for its destructive acts of commission and omission. The film’s conclusion regarding the tragic demise of Frank Rudolph Olson is equally murky and clear.