Preface: It is a filmmaker’s dream. Having your film pulled from the internationally- 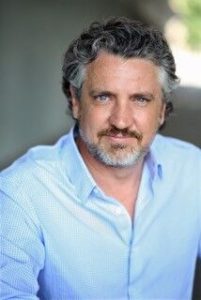 renown Tribeca Film Festival. I am not being sarcastic.

The censor’s demand gave Vaxxed countless thousands of dollars of complimentary publicity, and now countless more people have seen Vaxxed who may not have even heard of it.

I have never felt more like Alice-through-the-looking-glass than I have in witnessing our stilted, manipulated, moronic national dialog about vaccinations. Otherwise intelligent people have inoculated their brains from the horrors of logic and common sense.

If one is uncritically pro-vaccine or if one is uncritically anti-vaccine, one is ignoring science. To be fully ‘pro-‘ or ‘anti-‘ implies one believes all vaccines are equal in safety and effectiveness. To believe so is to deny both science and common sense. Given the raw fact-of-life that not all vaccines are equal in safety and effectiveness, it is incumbent on those who chose to vaccinate themselves and their charges to make informed decisions on what vaccinations are to be received, how many vaccines per injection, and the schedule of these injections. Who takes the time to do this?

I am not anti-vaccine. I’m grateful for the polio vaccine I received. There are legitimate concerns regarding the use of vaccines in the United States. This film documents some of those concerns.

Produced by Emmy award winner Del Matthew Bigtree and Andrew Wakefield, and directed by Wakefield. Vaxxed reveals incriminating evidence of malfeasance in the research, development, regulation and marketing of vaccines. The most damning is the information about the manipulation of research methods and data.

The information in Vaxxed is stunning. The passion generated motivates the viewer to urge others to see this film—as I so do—or inspires the threatened viewer to squelch the film as much as possible. Hence, the removal of “Vaxxed” from this year’s prestigious (and now infamous) Tribeca Film Festival, as well as the removal of Lance Simmens’s favorable review of the film from The Huffington Post. Since the film’s release it has met the censor’s blade a few more times. I confess to befuddlement because one would think that in today’s world widespread coverage of the censor’s attempts would defeat the purpose of the act of censorship.

I have pondered about these attempts to censor Vaxxed because although there are other cautionary documentaries about vaccines, I have never seen this kind of adverse reaction. I speculate that the difference in this film is that it names names, as well as reveals specific acts of commission and omission.

Vaxxed is expertly produced. It is not an anti-vaccine film. Instead, it points out massive flaws in our use of this medical technology. It also provides solutions.

For those who wish to empower and care for themselves and their dear ones, you may find information about making personal decision about vaccines by consulting the National Vaccine Information Center. If you want to take political action, that is even more reason for you to see this film and its website.