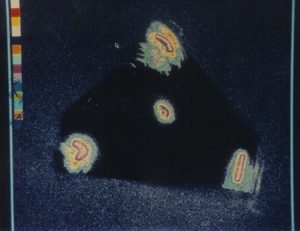 Unacknowledged is the second documentary about UFO/alien phenomena produced by Dr. Steven Greer, M.D. It is the most sophisticated, well-crafted film on the topic I have seen to date. The epistemological power of the film lies in its inclusion of politicians, scientists, bureaucrats, and intelligence agents and officials speaking about the phenomena.

The existence of extraterrestrial intelligence is the film’s given, of course. Greer focuses, instead, on the politico-economic issues and dynamics that suppress evidence and provide disinformation—including false flag events the most outrageous of which is a plan to use human reproductions of alien crafts and technology to create a global false flag attack. Greer also explores ‘free energy’—providing information from Nicholas Tesla’s work, as well as references to alien technology already in human hands.

The film concludes with a utopian vision of our planet free from pollution, and a human population with access to virtually free, non-polluting energy sources. Although I value a world free of pollution, and human beings living in a global society based upon political, social and economic justice, Greer’s particular expression of his vision is my nightmare. In his vision human beings could and would continue our over-populatiing of the ecosphere to the detriment of our natural world which has already been and continues to be massively devastated.

My sour note, though, is not intended to discourage the reader from seeing this film. It is inevitable that ‘full disclosure’ of UFO/alien phenomena will occur in our lifetime. In the chance my statement is accurate, I suggest you see Greer’s film.

I also suggest you see Greer’s website of evidence, as well as his site, The Disclosure Project.

Unacknowledged is directed by Michael Mazzola, and distributed by The Orchard. I found the film on Netflix.

As I do for my reviews of documentaries about UFO/alien phenomena I include below a chapter entitled Extraterrestrial Intelligence from my autobiography:

“A man hears what he wants to hear and disregards the rest.”
Paul Simon

“It is hard to fill a cup that is already full.”
Moat

“There are more things in Heaven and Earth, Horatio, than are dreamt of in your philosophy.”
The Guy Who Wrote Shakespeare’s Plays

First, the repetition of stories of that ilk from various other sources.

Movie movies—E.T., Close Encounters. A television movie, Roswell, staring Dwight Yoakam, Martin Sheen, Kyle MacLachlan, and Xander Berkeley. I began to take more seriously the metaphor of the monolith from 2001: A Space Odyssey as a symbol which intimates alien interventions in our evolution—they contributed to our DNA. We have met the aliens, and they are us.

I saw Fire in the Sky, a movie based upon a 1975 experience in Arizona. The experiencer, Travis Walton, had his Fifteen Minutes of Fame by sharing his story in his book of the same name. The controversy surrounding the event was not so much the event itself as it was the taking of lie detector tests by several witnesses. Most of them passed the test two consecutive times. The probability of that result—if the participants were lying—is less than miniscule.

Two students in my graduate program spoke with me of their experiences. I knew both, and found them to be serious, reliable sources of information. These were particularly sobering conversations.

I watched Sightings, a television series about metaphysical phenomena including aliens and UFOs which was on the air during the years 1992-1997. Henry Winkler—Fonzie from ‘Happy Days’—was one of the show’s producers. What stood out was the large number of distinguished military and law enforcement officials who shared experiences of UFOs.

I watched three seasons of The History Channel’s series, ‘Ancient Aliens’. These programs included lots of cheesy stories and ideas—but they also featured utterly mystifying evidence that pointed to alien interventions in our past.

I read two books—Abduction and Passport to the Cosmos—by the late John Mack, M.D., a Harvard psychiatrist who found himself treating people suffering from PTSD who vividly recounted alien abductions. Predictably, the Harvard establishment attempted to have Mack kicked out. They failed.

Crop Circles: Over the decades I’ve heard about circles with simple or elaborate designs appearing—many overnight—on Earth. These are epistemologically challenging phenomena. With our Internet, and especially, Facebook, I have been able to keep up with the appearance of new circles. Perhaps it is a limit of my imagination, but I simply cannot conceive how—with the more elaborate designs—a group of humans can create these designs in the dead of one night. If humans do such, why hasn’t the complete act of creation been video recorded?

If and when there is mass experience of alien intelligence and/or governments of powerful nations acknowledge such intelligence, the identity of our entire species, our world view, will be threatened and altered—to make an understatement. This time period would be called ‘AD’—‘After Disclosure.’ There are those who believe we already live in humanity’s AD.