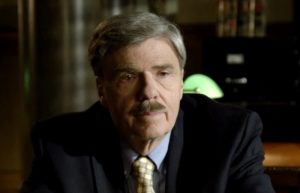 The first 26 minutes of Igor Lopatonok’s Ukraine On Fire offers a brief history of Ukraine, nesting the country’s position as a flash point between East and West. The remainder of the film covers recent headline stories of strife and conflict which includes a bloody civil conflict in 2014, the annexing of Crimea from Ukraine to Russia, civil conflict in eastern Ukraine, and the rocket attack on Malaysia Airlines Flight 17.

The film’s narrator speaks over images of these conflicts. The violence is interwoven with interviews of key players conducted by executive producer Oliver Stone. Recently deceased Consortium News founder and editor Robert Parry has much to say about the US role in Ukraine.

The information provided by Ukraine On Fire moves at breakneck speed. Viewers are advised to keep a notebook available to note key players and events. Yours truly was overwhelmed by this rapid flow of information. I gleaned the essential struggle, though, between the United States and Russia. That point is burnished with references to the US/Russia Cold War in the latter half of the 20th century as well as information about the Bulletin of Atomic Scientists ‘Doomsday Clock’ which moves a symbolic hand closer toward or farther away from a ‘midnight’ that indicates global catastrophe. The film’s nuance-free final image is of a nuclear explosion. At the moment, we’re 2.5 minutes away from ‘midnight.’

Ukraine On Fire opens with a title sequence featuring a nude dancing woman surrounded by strategically placed images of fire. She represents, of course, Ukraine—if not the world. As her dance continued I felt embarrassed for the filmmakers, knowing that many, if not most, people would consider the nude dancing fire woman both clichéd and gratuitous. The film was released in 2016, and some may forgive the filmmakers who could not know they were producing a tone deaf introduction to a deadly serious film about geopolitics.

Ukraine On Fire is available via Amazon, and iTunes. It is coming soon to, or has arrived at Vimeo, Xbox, Vudu, and Google Play.