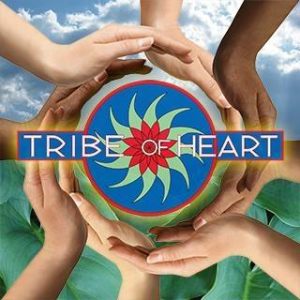 Under their Tribe of Heart moniker Jenny Stein and James LaVeck have produced and distributed—for free—the two most powerful documentaries about non-human animal rights I’ve seen to date. The power of their films lies in the profound human stories of transformation they tell.

In The Witness Brooklyn contractor Eddie Lama tells and shows his story of transformation into an animal rights activist. His journey began simply enough with the finding, helping, and adopting of an abandoned kitten. One tactic Lama utilized was to outfit a van with a video monitor and a loud-speaker which he drove around town showing images of trapped fur-bearing animals struggling to be free. The faces of the viewers are as unforgettable as the images are disturbing. Yet, it is Lama’s passion and commitment which are so touching and inspiring.

In Peaceable Kingdom: The Journey Home five farmers speak of their journeys from animal exploiters to animal care-givers. All the stories are dramatic, of course, but none more than Howard Lyman’s. He is a fourth generation farmer, rancher, feedlot operator—and was a successful rancher with 7,000 head of cattle. Like Coleridge’s mariner, Lyman now travels the world most of the year telling his story and lecturing “about the proper amount of animal products people should have in their diet—which is zero.” He covers much more territory than diet, of course. His story is told via interview and clips of his lectures.

Both films are found at Tribe of Heart, and play for free. The website and the films are available in English, German, Spanish, Portuguese, and French. I suspect more languages are on the way. The documentaries have been seen in almost 100 countries—if not more by the time you’ve read this review.

Tribe of Heart films have received mainstream media attention as well as many festival awards. Yours truly will stay in touch with the Tribe.