When Steven Soderbergh’s Traffic was released in 2000, it earned 84 awards including four Oscars. The film and its issue—The War On Drugs—was on the media’s center stage for a bit. Pundits proclaimed ‘a sea change’ in the United States’ insane, massively destructive, highly wasteful approach to recreational drug use and abuse. 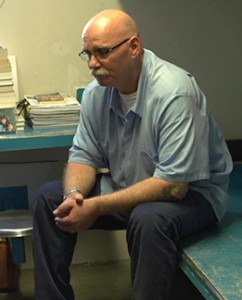 It is now 2015, and there is some talk about reducing ‘mandatory minimums’—highly unreasonable prison sentences for young people (mostly minorities, mostly males) who commit non-violent crimes.

One may not be surprised at my skepticism. Once ‘industry’ gets its hand on a money-maker—such as The Prison Industrial Complex—it’s kinda hard to shut the doors, or, open the doors, in this case. The United States remains the most incarcerated nation in the world.

Adding families, friends, and loved ones, tens of millions of lives have been tragically devastated by our criminal approach to recreational drug use and abuse vis à vis a public health and social-psychological approach.

Missing from our public dialog is the correlation—and its many implications—between poverty and crime.

Although there is a paucity of public dialog on criminal justice in the United States, there is a quieter yet passionate one about our treatment of those who are convicted and imprisoned for crimes. I estimate that two to three percent of the documentary films I view and review are about justice and our prison industrial complex.

Veteran documentarians Alan and Susan Raymond’s Toe Tag Parole focuses on the extreme of the extreme—convicted murderers serving ‘life without the possibility of parole.’ The phrase, ‘toe tag parole,’ refers to the only way these prisoners may be released from prison—on a bier, in a morgue, with an identifying tag on your toe.

Shot at California State Prison, a maximum security prison in the Mojave desert, the Raymonds interviewed prisoners who are in ‘The Progressive Programming Facility’ which houses 600 men seeking ‘self-improvement and spiritual growth through education, art and music therapy, religious services and participation in peer-group sessions.’

These prisoners articulate their thoughts and feelings about the murders they committed as well as reflect on who they have become since being imprisoned.

My answer is a resounding ‘yes.’ American society’s answer is ‘Hell No!’

The men in this film may very well break your heart as they paint pictures of lives lost—including their own to life imprisonment. They share deep and profound insights. Of course, a documentary of prisoners is disturbing, but to see and hear lost opportunities for justice is excruciatingly painful. There are countless ‘lifers’ who deserve to be considered for programs and lives outside of prison. For the moment our approach to justice continues to be vengeance and punishment, rather than justice.

The glimmer of hope here is a movement I learned of from Leslie Neale’s
Unlikely Friends. ‘Restorative justice’ aims to bring justice back to our justice system. That glimmer also includes heroic filmmakers bringing our dark thoughts and behavior to light—our opportunity as a nation to change our character.

You may introduce yourself to the principles of restorative justice by going to Neale’s website, selecting ‘About the Film’ and then selecting ‘Resources’ from the drop-down menu.