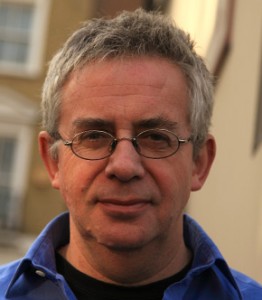 I’ve seen countless films documenting the failings of our American healthcare system—ones about iatrogenic illness and death, malpractice, the vaporous barriers between government and Big Pharma, the squashing of information about the safety and effectiveness of non-patentable substances, statistics comparing the cost of our health care system to that of other nations (ours is the highest per capita in the world) and our place in the world regarding healthcare effectiveness—26 plus or minus two.

But, never a film like this one—a scandalous story from within the American medical establishment.

Here is my review:

IT COULD SAVE YOUR LIFE”

These words, in red block letters, appear in the film’s advertisements in The Hollywood Reporter and Variety magazines.

Forbes tells a few stories: The creation and development of an inexpensive heart scan that can provide quantitative, qualitative, and visual information about the presence or absence of calcium in our coronary arteries the blockages of which cause heart attacks and deaths; the creation and development of ‘stents’ which are devices placed in blocked coronary arteries; several stories of loved ones who died suddenly and without any warning from a heart attack; a story of greed in medical practice and, especially, in policy making.

Between the time the heart scan was developed and the time that it began to receive a measure of acceptance—more than two decades—more than four million Americans died of sudden, unanticipated heart attacks.

The vast majority of these deaths could have been prevented by a heart scan followed by preventive measures. Although it’s not at the bottom of this review, that is the bottom line. My personal bottom line is that I’m planning to get a heart scan.

Narrated by Gillian Anderson, The Widowmaker was released in 2015, and is available from Google Play, Amazon, Netflix, Vudu, and Xbox video.

I’m so moved and touched by this film that I’m including the director’s statement:

“I want people to change their life after seeing this film. Normally as a director you’re concerned to tell a story well, to think about how a film will look, even—if you’re lucky—to win an award or two. And I’d be lying if I said that all those usual thoughts didn’t go through my head when we first talked about this movie.

However, my attitude to making it was changed radically by the death of an acquaintance—a talented, forty something lawyer, with two kids and a loving husband. She came home from work one day, and was standing at the top of the stairs, her young kids at the bottom. And then, without any warning, or outward sign of trouble, she suffered a massive heart attack. The hospital battled to save her—but in vain. She was dead on arrival—and her death has left a massive hole in the lives  of anyone who knew her.

So for once, I’m not looking for a shiny statue or glowing review. Instead, I’m hoping that out of all the people who see this film, just one thinks maybe I should check out how my heart is. I know I don’t feel bad—and I’m fit and healthy. But as we point out, people like you, like my friend, die in their millions all around the world. And it need not, should not happen.”

It is Mr. Forbes who appears in the accompanying photograph.