“It seems that other people’s happiness comes at a much lower cost than mine.” Nathan speaking with Chris, his SSA conversion therapist 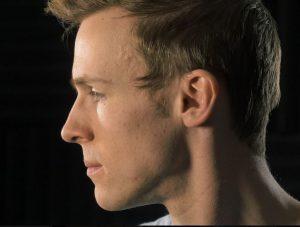 Nathan is a tall, thin, intelligent, articulate, talented, handsome, and charismatic young man. He is struggling with a conflict between his attraction to males and his Catholic religious beliefs. Nathan learns about and seeks ‘same-sex attractions conversion therapy’—also called ‘reparative therapy.’

Directed by Richard Yeagley, The Sunday Sessions follows Nathan through two years of conversion therapy. Since Yeagley is telling a story, I do not reveal its outcome. Instead, I offer this quote from the film’s website:

‘The filmmakers had unfettered access to these secretive and controversial therapy sessions, and have crafted an emotional and psychological drama which chronicles two years of Nathan’s struggle.’

That access is the most remarkable aspect of the film. As Nathan struggles, so do we. Intrinsic to this particular story, we do not experience all that transpires which contribute to Nathan’s resolution. Moreover, one is left with the sense of ‘what’s next?’ Nathan is 29, there is much more water to go under his bridge. Perhaps Yeagley will produce a one-person Michael Apted-style ‘Seven Up!’ series following Nathan’s journey every seven (or less) years.

The Sunday Sessions is a First Run Features release.