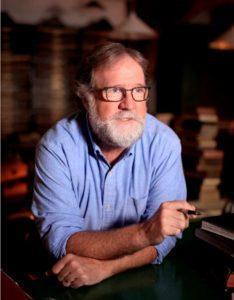 Written and directed by veteran filmmaker Nicolas Brown, The Serengeti Rules tells the story of the discovery of keystone species—species that play a crucial role in the health of their environment. Their presence supports their environment, and absence degrades it.

The film takes viewers around the world, features a handful of distinguished scientists speaking of this discovery, and reenactments of poignant moments in their respective processes of discovery. Bob Paine is credited with the discovery of this dynamic of nature.

Over decades these scientists confirmed and reconfirmed Paine’s discovery. They researched and found examples of ‘the Serengeti rules’ throughout the world. One of those examples was Serengeti National Park, and that particular region gave this process its name.

An Abramorama release The Serengeti Rules is a masterpiece of documentary filmmaking. In addition to telling a compelling story, Brown provides gorgeous images of nature along with a powerful, evocative soundtrack.

(Pictured: Sean B. Carroll, author of The Serengeti Rules)