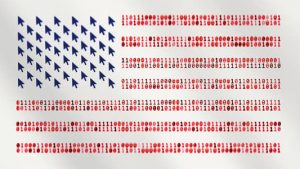 “It begins to kind of destroy any trust that people have. And that destroys the credibility of democracy. That’s what Putin wants.”
John Podesta—political consultant who served as White House Chief of Staff to President Bill Clinton from 1998 to 2001, and Counselor to President Barack Obama from 2014 to 2015

After viewing John Maggio’s The Perfect Weapon I gathered my closest two friends together that same day, and watched the film again with them. Our respective jaws were duly dropped. This is the first time I’ve had such a reaction to a documentary film.

The perfect weapon is cyber warfare—something we know about, but which remains far from our daily concerns. Yes, there’s virtually nothing we can do about it, but it is imperative that we understand the scope of cyberwarfare, and learn how it literally effects our minds, beliefs, and lives—leaving us vulnerable to manipulations of our beliefs and behavior by what, in contemporary parlance, are called ‘bad actors.’

Like the development and initial testing of nuclear weapons, the United States of America was first in using cyber technology as an offensive weapon—when President George Bush signed off on the tactical action to hack and sabotage aspects of Iran’s nuclear weapons program. One of the film’s interviewees proclaimed, “They crossed the Rubicon. The United States had basically legitimized the use of cyber as a weapon against another country against whom you had not declared war. It pushed the world into an entirely new territory.”

* North Korea’s massive cyberattack of SONY in response to the producing of, and attempt to distribute ‘The Interview’ a film mocking the ‘Supreme Leader.’

* The far reaching and very successful, ongoing cyberattacks of Russia’s favorite target, the United States’ political, security systems, and culture. A CNN reporter commented that, “The Russians want everyone in this country to mistrust everything.”

* China, too, has gotten into the hacking game. An interviewee shares that, “They stole the technology of some of the aspects of the US F-35 fighter. That’s the tip of the iceberg. China has attacked Google. They spent a year inside the [US] Office of Personnel Management, the most boring bureaucracy in America. They stole 22 million files of highly classified security clearance applications.”

Some, if not many, security experts are concerned about the rollout of the 5G cellular phone standard. Much of the equipment is being built by Chinese companies in the United States, giving that nation possible universal access to the private, public, and business lives of the world.

Expertly produced, HBO’s The Perfect Weapon opens a window of chilling information regarding the birth and growth of cyberwarfare. The film’s soundtrack is haunting, and its elaborate images evoke a complex, highly dangerous, out-of-control cyber world.

I hope that this crucial film will eventually be released on discs and other platforms for non-HBOers.