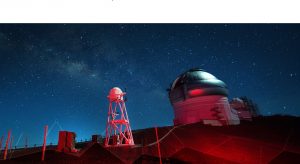 “This question of how much of the universe is understood is very much a moving target, because as we are able to stand in a new place, because we’ve learned something new, we then see other wonders that were not even visible to us before.”
Jennifer Macalady, Ph.D.
Microbiologist, Penn State University

Produced and directed by Ian Cheney, The Most Unknown is about scientists and their searches. Cheney, with a little help from Werner Herzog, takes nine scientists from around the world and pairs them up. The nine represent different disciplines, and each pair shares thoughts and experiences about their work. We are witness to the dialogs of the twosomes as they share their respective worlds.

This may sound like a dry film, yet it is anything but. Cheney takes viewers into the worlds of these scientists, revealing their human sides—their aspirations and dilemmas, and the challenges they face. Within their dialogs the scientists are addressing the origins of life, what is the nature of time, of consciousness, life in the deeper parts of the ocean, the scientific search for life in space, can the human mind move objects, and more. Along the way we are treated to awe-inspiring images of huge facilities designed to finally reveal the nature of dark matter, giant observatories, a large submersible vehicle that plums the ocean’s depths, and deep into dangerous water-filled caves in search of a few more microbial species.

The film’s atmospheric soundtrack is by Ben Fries and Simon Beins.

The Most Unknown is a previously hidden gem of a film easier found now that it is available on Netflix. Yours truly will view the film several times—especially once with my scientist-aspiring niece.

(PS: Did you know that there are approximately 35 trillion microbial species, and that science has discovered about a million of them? Well, you do now.)