“A man hears what he wants to hear and disregards the rest.” Paul Simon

“It is hard to fill a cup that is already full.” Moat

“There are more things in Heaven and Earth, Horatio, than are dreamt of in your philosophy.” The Guy Who Wrote Shakespeare’s Plays 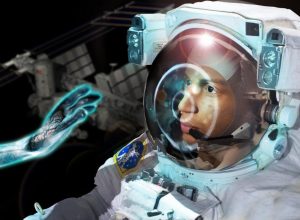 The cover of this film’s DVD case is a photograph of the White House. Standing in front is a decorated military officer whose face is half-human, half-alien. In the sky above the infamous abode hovers a flying saucer.

It doesn’t get much cheesier than that.

But that to which this image refers,… not so cheesy.

This review and its coda are for those whose cups are not already full—although those with full cups may chose to view this film in order to satisfy their sadistic pleasure of mocking people and phenomena that they find consciously or unconsciously threatening. But, be careful, your cup may get spilled.

Written, produced, and directed by James Carman, The Hidden Hand (http://www.hiddenhandthemovie.com/) is an outline of the various phenomena associated with UFO/ET phenomena. It is the first and only comprehensive coverage of these phenomena I’ve heard of or seen.

Although the film’s subtitle refers to ‘Government Cover-up,’ that topic is one of many. However, for those who may wish to learn more about this particular issue, I suggest you read Richard Dolan’s books, UFOs and the National Security State: Chronology of a Cover-Up, 1941-1973 and UFOs and the National Security State: The Cover-Up Exposed, 1973-1991.

You may find those books and others by Dolan at his site: http://www.richarddolanpress.com/

Also, regarding government cover-ups, note the brief appearance of Paul Hellyer in Carman’s film. Hellyer is a Canadian politician and statesman whose service included a stint as Canada’s Minister of Defense and as Senior Member of the Cabinet—a position similar to the current position of Deputy Prime Minister. 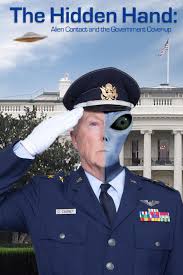 I was particularly pleased to find Carman including references to the spiritual and inter-dimensional aspects of UFO/ET phenomena as well as to the late author John Mack, M.D.

James Carman has provided an invaluable service in presenting this material. The information is evocative, provocative, confronting, threatening, and confounding. It is also vital.

Coda: Awhile back, I wrote a personal note about these phenomena which describes how I lost my full cup. Here it is:

First, the repetition of stories of that ilk from various other sources. Movie movies – E.T., Close Encounters. A television movie, Roswell, staring Dwight Yoakam, Martin Sheen, Kyle MacLachlan, and Xander Berkeley. I began to take more seriously the metaphor of the monolith from 2001: A Space Odyssey as a symbol which intimates alien interventions in our evolution.

Two students in my graduate program spoke of their personal experiences. I knew both, and found them to be serious, reliable sources of information. These were particularly sobering conversations.

I saw Fire in the Sky, a movie based upon a 1975 experience in Arizona. The experiencer, Travis Walton, had his Fifteen Minutes of Fame by sharing his story in his book of the same name. The controversy surrounding the event was not so much the event itself as it was the taking of lie detector tests by several witnesses. The claim is that most of them passed the test two consecutive times. The probability of that result – if the participants were lying – is miniscule.

Around 1980, I learned that the then governor of New Mexico and had filed an FOI request with the United States government for information related to the 1947 ‘Roswell Incident.’ Anyone could request a complimentary copy of the material subsequently shared by our government with the Governor’s office. I requested, and six months later received a thick 9X12 manila envelope. I went through the dozens or more pages of this report. A large number of the paragraphs were redacted. Why?

I watched “Sightings”, a television series about metaphysical phenomena including aliens and UFOs which was on the air during the years 1992-1997. Henry Winkler – Fonzie from “Happy Days” – was one of the show’s producers. What stood out was the large number of distinguished military and law enforcement officials who shared experiences of UFOs.

I watched three seasons of The History Channel’s series, “Ancient Aliens”. These programs included lots of cheesy stories and ideas – but they also featured utterly mystifying evidence that pointed to alien interventions in our past.

I read two books – Abduction and Passport to the Cosmos – by the late John Mack, M.D., a Harvard psychiatrist who found himself treating people suffering from PTSD who vividly recounted alien abductions. Predictably the Harvard establishment attempted to have Mack kicked out. They failed. Mack died tragically and ironically while attending a conference on the after-death state in London. He was hit by a drunk driver.

Where’s the ‘win’ in believing or disbelieving in extraterrestrial intelligence? Your choice is nothing more or less than an aspect of your identity. Some on both sides of the question benefit by advancing their respective positions publicly. Some pay a price for doing so.

If and when there is mass experience of alien intelligence and/or governments of powerful nations acknowledging such intelligence, the identity of our entire species, our world view, will be threatened and altered – to make an understatement.