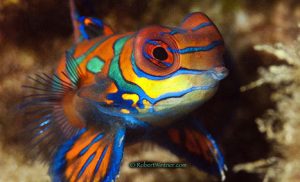 we fish, we fish, we merrily swim, we care not for friend or foe, our fins are stout, our tails are out, as through the seas we go
Herman Melville

This is a crucial benefit of documentary films. They can unearth little known worlds of destruction and optimism, facilitating awareness and actions. Little did I know that something as seemingly innocuous as aquarium fish tanks are yet another source of pollution and sorrow in our planet.

Paula Fouce’s The Dark Hobby exposes the horrors of the global trade of those who capture and traffic reef fish for hobbyists’ tanks. The film’s focus is on Hawaii, and a long-standing political initiative there to stop the aquarium trade in the State of Hawaii. Of course, this is a global issue which the film acknowledges. There are only a few places on Earth that are protected from the ‘hunters’.

Approaching the film, I had no thought, idea, or knowledge of the existence of the issue of captive aquarium fish. Yet, in just a few minutes, after hearing and seeing the information, I, too, became an activist on behalf of fish.

The film proffers several rationales why it is imperative that we let our captive fish free. For instance, cyanide is used to stun the fish to make it easier to catch them. Many stunned fish are simply killed by this poison. And, longtime perpetrators of catching fish end up with yellowed skin from working with cyanide. Or, the hunters will use dynamite to stun the fish en masse, destroying reefs which, of course, are already in great peril.

Teresa Telecky, Ph.D., Executive Director, Humane Society International, estimates that 90% of wild-caught fish that are imported to the U.S. were caught with cyanide.

That, of course, is just one of many concerns the film presents. The fundamental issue, in my humble opinion, is our beliefs, values, and attitudes about non-human life. To what extent do we attribute beingness to non-humans? If we believe the totality of the information Fouce has proffered, yes, even small fish are beings. And, the overarching issue is their wellness and freedom. In a little over an hour, hearing the many people participating in the film, sharing their knowledge and experience, Fouce has convinced me: Let the Fish Swim Free!

And of those people presenting in the film, the one I found most engaging was Robert Winter who pops up throughout the film, speaking with verve and good humor about the issue of aquarium fish.

Lest I forget, of course, there are plenty of scenes of gorgeous ocean seascapes.

I whole heartedly suggest you see and take seriously The Dark Hobby—and that you check out the film’s well-produced website—especially the Take Action page and the Fish Welfare Initiative.

The film’s music is by Luciano Storti.