iatrogenic: (adjective of a medical disorder) illness, injury or death caused by the diagnosis, manner, or treatment of a physician 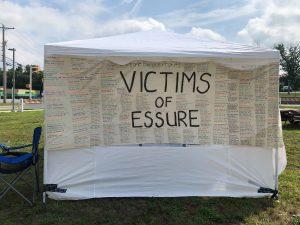 In The Bleeding Edge well-lauded director Kirby Dick focuses on the harm that has been done, and is being done on patients who are treated with medical devices—a $400 billion industry. The injuries are life-changing or fatal. The perpetrators are physicians inspired and supported by our medical industrial complex—specifically the FDA and device manufacturers.

The film profiles several patients who have been victimized—including a well-respected orthopedic physician who was severely injured by his own choice of hip replacement device. Essure, a birth control device, receives most of the attention. It has caused extensive harm in women’s bodies, been banned in Europe, and yet still legal and in use in the United States.

Dick also covers initiatives by victims to hold both the FDA and manufacturers responsible for the harm they cause, and to fight for reform. The Essure case is emblematic, of course, of the corruption fueling this greed-driven attack on our corporal bodies. Hopefully, this case along with other patient initiatives will lead to significant reform. Obviously, the Republican take-over of our federal government makes significant reform at this time unlikely, if not impossible. But, that circumstance cries for greater and faster actions. 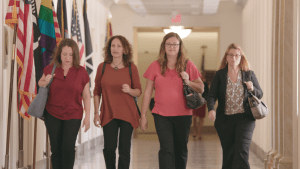 The film’s website offers a link to a petition drive for reform which, of course, yours truly signed. Here is the initiative’s Facebook Page.

The Bleeding Edge is a hard-hitting exposé of our corrupt health-care system. The more people who see the film, the faster the reform.