Non-profit From the Heart Productions is pleased to announce that “Stairway to the Stars” has captured the inaugural Roy W. Dean Short Film Grant for 2021.  The 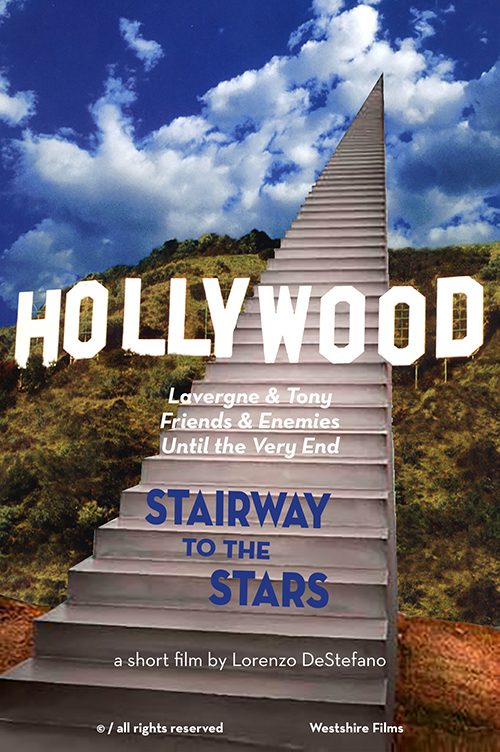 grant is awarded to a live action or animated short fiction film that is unique and that makes a contribution to society.

Writer/Director Lorenzo DeStefano (“Talmage Farlow”, “Los Zafiros-Music From The Edge of Time”, “Hearing is Believing”, “Shipment Day”, “The Diarist”), was chosen to receive this prestigious award that comes with a $3,000 cash prize and access to significant in-kind and discounted goods and services from film industry donors.

“We are very excited to have this excellent project as our first recipient of the Roy W. Dean Short Film Grant. ” commented Carole Dean, President of From the Heart Productions. “Lorenzo faced tough competition from many wonderful projects from other very talented filmmakers.  We look forward to seeing his project completed.”

In addition to the $3,000 cash prize, filmmaker DeStefano will receive $3,000.00 in music and audio services from well-known composer David Raiklen, $6,000.00 in animation from Emmy award winner Charlie Canfield, $1,400 value (4 hours of sound mix session) from Silver Sound, and more from many heartfelt donors that love and support indie filmmakers.

About “Stairway to the Stars”

“Stairway to the Stars’ is based on a real incident witnessed by DeStefano when he first moved to Hollywood from Honolulu and later produced as a One-Act play.  The film explores the complex relationship between friends who are enemies and enemies who are friends. Lorenzo’s film is a tribute to Nathanael West’s “Day of the Locust”, the plays of Samuel Beckett, and to the countless two-reel comedies shot in these very hills over 100 years ago. 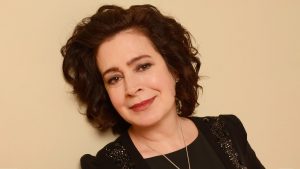 Starring as the lead character Lavergne, a has-been thespian in her 70’s, is the celebrated actress, Sean Young (“Stripes”, “Blade Runner”, “Dune”, “No Way Out”, “Wall Street”, “Fatal Instinct”, “A Kiss Before Dying”, and “Ace Ventura: Pet Detective”).  “Sean is the ideal choice to bring this complex character to life.” added director DeStefano.  On the verge of physical and mental collapse, Lavergne’s love hate relationship with Tony, a young gay man of blind ambition & ample proportions who has vowed to save her life, is the central theme of the film.

One hot, smoggy afternoon, Lavergne and Tony attempt to climb an absurdly steep flight of outdoor steps in the Hollywood Hills. Lavergne wishes she were back in her Hollywood apartment watching “The Match Game” and eating Cheetos. Tony refuses to give up on her, goads her up the stairs with a mixture of brutality and real tenderness. Humorous, tragic, and deeply touching, Lavergne & Tony’s story reveals itself between the bottom of the stairs and the top, mined by the filmmakers for its maximum serio-comic potential.

With half of the production budget raised, a crowdfunding campaign is running through October 7, 2021 on WeDid.it (https://stairwaytothestars.wedid.it/campaigns/9578-please-support-stairway-to-the-stars). With fiscal sponsorship provided by From The Heart Productions, a 501(c)(3) non-profit organization, the goal is to raise an additional $30,000 in tax-deductible contributions by October 7th.  Westshire Films plans to shoot the film on L.A. locations in early-to-mid October, 2021.

DeStefano and his filmmaking team are very pleased to be returning to production after so many months of uncertainty.  Their efforts and those of other committed filmmakers all over the world strive to get us back in the business of telling great stories and bringing people together in the dark, where stories that shed light on the human condition can be shared and appreciated.

Narrative short films are undergoing a real renaissance. Recognized and celebrated by numerous international film festivals and award-giving entities, this genre has evolved into a powerful and audience-friendly genre. Opportunities for international streaming & broadcast distribution have also improved exponentially in the past few years, reflecting a growing appetite and demand for high-quality, compelling short stories.

With its strong cast, unique characters, high-profile locations, and compelling narrative, “Stairway to the Stars” is aiming for a 2022 film festival & awards release and will be marketed internationally to all available sales, distribution, exhibition, and social media platforms.

More information on the film can be found at www.stairwaytothestarsfilm.com, www.facebook.com/pg/Stairway-to-the-Stars-586330618549435/about/?ref=page_internal, and at the filmmaker’s IMDb page – https://www.imdb.com/name/nm0221805/. 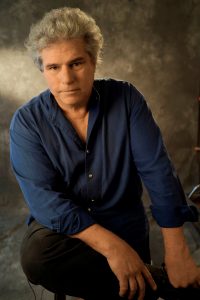 Born and raised in Honolulu, Hawaii, Lorenzo DeStefano is a playwright, screenwriter, producer, director, and photographer.  A member of the Directors Guild of America and past member of the Motion Picture’s Editors Guild, DeStefano has worked in the U.S. and U.K. theater.   He has written fiction & non-fiction, original screenplays and adaptations, as well as producing and directed narrative and documentary films.

He is producer/director of the 2018 Humanitas Prize-nominated documentary “Hearing is Believing” about the astonishingly  talented young musician and composer, Rachel Flowers.  DeStefano produced and directed “Los Zafiros-Music From The Edge of Time” an award winning film about the Beatles of 1960’s Cuba.  He also produced, directed, and edited the acclaimed public television documentary “Talmage Farlow”, a portrait of the great American jazz guitarist.

His current narrative feature project as producer/writer/director is “Shipment Day”, a filmed adaptation of his prize-winning play. He is writer/producer on “The Diarist”, a 5-Part Limited Series that tells the true story of Boston eccentric Arthur Crew Inman and his 17 million word “Inman Diary”, published by Harvard University Press.  DeStefano is also writer/producer of the fact-based urban thriller “House Boy”, set in London and South India and adapted from his novel.  More at www.lorenzodestefano.com.

In addition to the Roy W. Dean Short Film Grant, the other grants are awarded times each year to films budgeted under $500,000 that are unique and make a contribution to society.  It has been an important lifeline for independent filmmakers that help to get their projects started or finished.  Without assistance from the grant, many excellent and important films may never have been made.