All of us need to realize that personal relationships are vital to us, just like the air we breathe. We really need friends, companions, and people with whom we can share our lives. 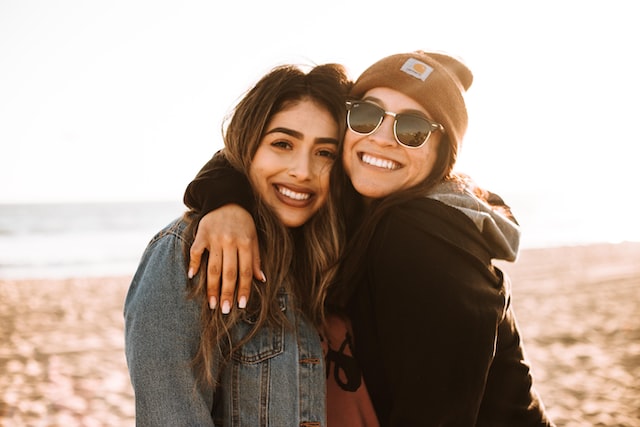 This is especially important for filmmakers. People in our industry can be a great source of growth and support for us.  By forging meaningful relationships, we can strengthen ourselves in the process as well as enriching and empowering one another.

When we open up, people respond and accept us.

One way to do this is to start thinking that “every person is a star.” because every person is unique. No matter who they are or what their status is we need to give them the respect they deserve. We need to see beyond what people see in themselves because everyone has this seed of greatness.

This power is transformative. Once you start treating every person as a star, wonderful things happen to you. If someone provokes you who you do not enjoy being around,  just turn it around and look at them as if they are a ray of sunshine. You can change.  When you change it will surprise you how much this will improve your relationship.

See the greatness in each person.

If you recognize people as worthy of respect and respond them accordingly, you empower people by seeing the greatness in them.

When you adopt this attitude, you will develop some meaningful relationships with everyone you meet, and it will enrich both you and the other person.

Please remember this and next time someone does something unpleasant to you.  Start asking what kind of pain they might be in? Maybe they’ve been through a loss and are having difficulties in their lives.

You want to be kind to everyone.  You can change a relationship with someone by changing your attitude and your thoughts towards that person.

I know this can be done. You need to start thinking of them as wonderful people no matter how they talk to you.  Even if they were rude to you, this can overcome their rudeness when you see them as human beings with flaws and realizing they deserve respect and consideration.

Keep being nice and smiling to them and watch them change towards you.  You can also do this as you meditate.  Send them love, they will feel it.

Change your thoughts toward people.

What happens is that as you change your thoughts towards people, then people change towards you. I have seen this happen. I know it is possible and it certainly makes for a better life especially when you need to work with or be associated with someone that is not pleasant to be around.

Making friends in our industry and keeping them is important for you to create the future you want. Everyone you meet, no matter where they are in the film industry from the lowest job, you want to treat them as “special people” and stay connected to them.

When I started in the business, I did not know one person and I knew nothing about motion picture film.

It was the lab people, the Kodak people, the filmmakers themselves that educated me.  I kept my friendships through the years with many of the people I met at the beginning of my career. This is something you can look forward to.

Make an effort to meet the people you want to know.

Being from Dallas, on a trip back home, I made a special effort to meet the Kodak Rep and we really got along well.  I kept up my friendship with short phone calls about things of interest in the film industry.  He seemed to love the fact that I highly respected him and would ask him technical questions.  He was an engineer and Kodak had him selling film!

As luck would have it, he was made manager for the Los Angeles office which was right across the street from my company in Hollywood.

I continued my friendship with him until he retired. That was nice to be able to call Kodak and go straight through to the top man.

We are all in this business alone, together. One night at one of the Society of Motion Picture and Television Engineers formal dinners, a producer explained to me how people get into the industry and stay.

He said, “In this entertainment industry, what you find is that people may move from one company to another but once they get into film industry and love it, they stay.”

So, the person you met in film school could end up being an acquisitions person for Netflix. So, keep up with all your contacts.

Your P.A. today could be running a studio in a decade.

As a matter of fact, I have a good story on just that. There are two women who were making a multipart story for Netflix, and they hired someone from a major film university like Columbia to be a producer for them.   This man had to moved to another city to take the job. And after a few months they fired him without notice.

He never knew why he was fired; he was never given any reason. It was about two years later when he graduated from this prestigious film school that Netflix picked him up as an acquisition manager.

He then became the person these two producers had to talk to when they wanted to do the second series. He said he loved it when they came to him to pitch this new series.

So, be aware that you have no idea where your second assistant cameraman will be in three years. He could be working at as a director of photography on Academy Award films.  I think this is one of the perks of working in the industry.

Keep your friends up close and personal.

Be sure that you wish them happy birthday and are always there at holidays.

This is one of the things Tom Malloy covers in the first part of our Intentional Filmmaking class.  Meeting people, saving their information, and creating your database of friends in the industry is important.

He built his career on casual meetings at events, conventions, and festivals.  These friends have helped him make 18 films.

Finding, keeping, and nurturing people in the industry is very important. It is one of the best parts of the industry. Friendships in the film industry are a true blessing.