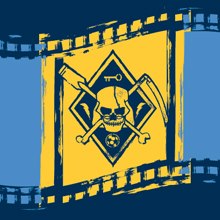 Written and directed by Jeffrey C. Bell, Sons of Ben tells the story of how a small group of seemingly ordinary guys calling themselves ‘Sons of Ben’ worked tirelessly for years to secure a Major League Soccer team to the Philadelphia region—the stadium is in Chester, Pennsylvania. (The ‘Ben’ refers to that Franklin dude.)

The 75 minute film is short for the scope of this story which documents something very big from nothing other than a few enthusiastic Philadelphian soccer fans. Bell provides no narration, and lets the story makers tell their stories.

There’s a meta-story here. Chester was a benighted community at the time the stadium deal came through—one of the countless cities and towns across America struck by the loss of manufacturing jobs and related economic forces. It was a bit of a shock to the Sons that their treasured soccer stadium would be located 20 miles south of the City, but they took it in stride—and then some. They took on the care and feeding of Chester which benefits now from both the stadium and the Sons of Ben.

The challenge any filmmaker faces with a story the ending of which is known, is keeping viewers well-engaged. Bell and crew do just that.

Sons of Ben is a Kino Lorber release.