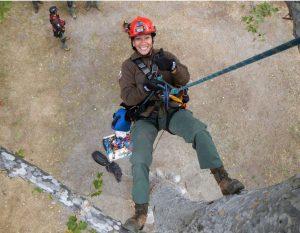 “We’re the last line. If we can’t do it, no one can. We haven’t walked away from a rescue yet.” Armando Navarrete

In just 74 minutes filmmaker Justin Zimmerman tells a myriad number of stories about the creation of SMART, the daredevil staff who rescue animals, and their stories of many rescues. 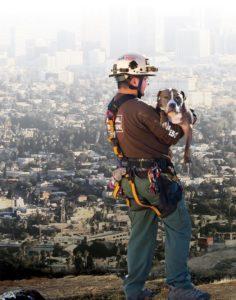 Based in Los Angeles, SMART is the first, most highly skilled animal rescue organization of its kind—all thanks to its founder, Armando Navarrete. Although we hear from several team members, the principal characters are Navarrete and Annette Ramirez each of whom make powerful impressions on viewers. Navarrete’s hope, of course, is to spread his team’s model around the world.

SMART: Specialized Mobile Animal Rescue Team is a film by, for, and about animal lovers such as yours truly. It is thoroughly engaging and inspiring.

The film is produced by bricker-down productions, and distributed by Cinema Libre Studio.