“I think when you don’t share, that internally, you’re destroying yourself.” Shirley Edgerton 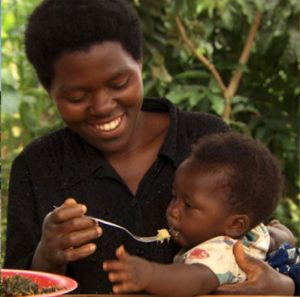 six people who live a grounded and balanced life inspired by values based on a close connection to their bodies and health, to the natural world, and the greater good. Boll includes interviews of professionals who study and promote the concepts, philosophies and lifestyles featured in the film.

The six people featured are:

Tim Durrin, a war veteran who struggled with PTSD and addiction, went through rehabilitation, and discovered yoga and meditation which transformed his life.

Shirley Edgerton, the founder, leader, and den mother of Youth Alive, a performance group which inspires children to live a purposeful life.

Mark Gerow, a military veteran who found meaning, purpose, and health through his practice and teaching of yoga.

Jen and Peter Salinetti, eschewed a conventional income-driven life for life on the farm. Boll and company follow the couple on a journey to Rwanda where they work as volunteers under the aegis of Gardens for Health.

Sean Stanton, a Coast Guard veteran who discovered his values-inspired life via farming and ranching, was elected to his town council, and became a teacher of farming strategies.

Although A Small Good Thing is about the above six, it’s more about us—that we can change our lives, that we have the choice to move into balance, grace, and virtue, and that that choice offers health and happiness for the individual and their community.

This is a documentary that is much more than a film. In addition to seeing A Small Good Thing, I heartily encourage you to go to the film’s website, check out the Resources link at the top—and also check out the Publicity Materials under News and Press.

Boll is an accomplished filmmaker with an impressive filmography. This quietly powerful film is another invaluable addition to her body of work.

A Small Good Thing is a Kino Lorber release.

(Pictured are mother and child in Rwanda.)