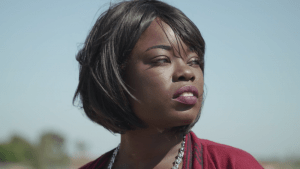 “We’ve seen a trend—I would say within the last five, six, or seven years—where we’ve started to hear the word, ‘trafficking.’ What we thought were prostitutes are actually enslaved human beings who’ve been tricked, and been sold as objects.”
Tina Paulson, Association for the Recovery of Children

Directed by Bill Wisneski, Shattered Dreams is a much-needed documentary about sex trafficking in the United States. The film depicts this tragedy as a national phenomenon shamefully hiding in plain sight. At this moment, the majority of the hundreds of thousands of young American girls who find themselves in virtual slavery will not be able to leave ‘the life.’ Instead, they will commit slow-motion suicide.

Wisneski interviews victims as well as passionate, committed experts and activists—a few of whom are former sex slaves—to paint a grim picture surrounded by glittering rays of hope.

This is a tough subject. Wisneski covers it head-on with aplomb.

Shattered Dreams is a must-see film. Along with everyone else working to end the trafficking of children, as Staca Shehan states below, it won’t happen unless we, too, are part of the solution. The film’s website includes a comprehensive list of Resources for all of us to reference.

“Sex trafficking is not something that can be solved alone by nonprofits, law enforcement, prosecutors, service providers. We all have to play a role in continuing to highlight this issue, the gaps that still exist, and what we can do to make improvements.”
Staca Shehan, National Center for Missing and Exploited Children