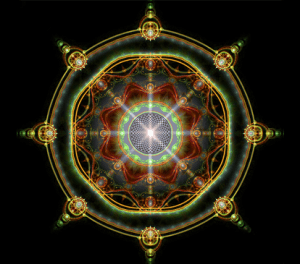 How many pages of text about the nature of beingness and existence have human beings written since the dawn of our existence? Considering the countless number of libraries lost to accident or intention, the number is likely in the quadrillions.

With scientists having penetrated deep inside the atom and far out to the edge of the known universe, we seem to be doing a pretty good job of discerning the nature of existence, not so much the nature of beingness.

The elephant-in-the-room irony regarding all those pages of text is that the ultimate nature of transcendence is intrinsically beyond words.

Yet, obviously, that wordlessness has never stopped us humans from coming up with that countless number of pages of text. And, it has certainly not stopped Daniel Schmidt from founding the Samadhi Center, a meditation retreat in Ontario, Canada, and making films about the spiritual, mystical, and transcendental.

Schmidt and co-creator Tanya Mahar have produced an epic 131 minute documentary entitled Samadhi—a powerful, engaging, and inspiring film about existence, beingness, and the ineffable. Schmidt and Mahar merge text, moving images, and music to impart their wisdom and knowledge. I found great value in their text—and was thoroughly fascinated and entertained by their beatific images and ethereal music.

Samadhi is presented in two parts. Part 1 is entitled ‘Maya, the Illusion of the Self.’ It explores our existence—the world we perceive and in which we participate. Part 2, ‘It’s not what you think,’ focuses on the nature of samadhi, also known as enlightenment, and many other terms.

I cannot state it any better than the film’s cover text: “This film is a must-see for anyone who is interested in journeying beyond the world of the limited self, to the realization of our true nature beyond name and form.”

The box set I viewed provides one Blu-ray disc and one DVD disc. Although all of Schmidt’s films are available for viewing via this link, I whole-heartedly encourage viewers to see Samadhi in the Blu-ray format in order to fully appreciate the beauty of the film’s images. The Samadhi Center’s ‘store’ is here.

The film’s subtitles are available in English, French, Spanish, German, Hindi, and Chinese. I did not see a way to access the subtitles via prompts on the screen, but was able to access them simply via my remote control’s Subtitles button.