In my introduction to Telling Their Own Stories: Conversations with Documentary Filmmakers I compared the watching of documentaries to taking The Matrix’s ‘red pill’ the act of which indicates the taker is committed to seeing the world as it is—not as they imagine or wish, just as it is. 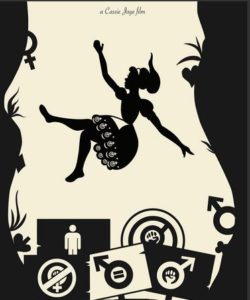 Cassie Jaye’s latest release, The Red Pill, is well-titled. Jaye decided to learn the core issues of something most of us have little to no knowledge about—the Men’s Rights Movement. When I first learned of Jaye’s latest project I was confused and befuddled about why she would tackle this seemingly non sequitur, politically-incorrect subject. But, I’d seen her first two feature docs, Daddy I Do and The Right to Love: An American Family, and understood that’s Jaye’s way. She chooses tough topics.

Jaye saw the Men’s Rights Movement as dominated by hate-filled misogynists promoting misogynistic policies and behaviors. She decided to see if her perception was accurate, and spent a year speaking with leaders and followers of the movement. Jaye emerged from her fall down this rabbit hole with a radically changed view of this movement, and of gender issues.

I confess. I was skeptical that Jaye was going to convince me of the virtues of this movement. I am passionate about women’s rights, and bemoan the many ways men mistreat and discriminate against the female gender—a worldwide phenomenon which seems registered in us males’ genes. 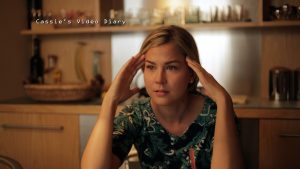 Jaye peppers her film with clips from the ‘video diary’ she made during filming. She documents her internal struggles with the information she is receiving. These clips enable us skeptics to be open to her conclusions—they make this red pill more bio-available.

She did it. Yes, there are misogynistic members of this movement, but Jaye reveals that the movement’s core issues are valid and deserve much more attention.

This is what the best of issue-based documentary films do. They challenge us with information we don’t want to hear, to accept. Cassie Jaye has become quite adept at creating and dispensing these red pills.