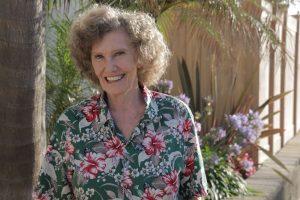 Carole Dean founded From the Heart Productions in 1992 to help indie filmmakers get their films funded.

In her blog, she shares her knowledge and advice on:

And more with the goal of giving filmmakers the tools to get their films produced.

The Reality of Film Funding

In the Iron Lady, Margaret Thatcher says and I paraphrase,

“Watch your thoughts as they become your words.

Watch your words as they become your actions.

Watch your actions as they become your character.

Watch your character as it becomes your reality.”

The nature of reality is so important that there are many books and conferences on it.

I think we understand that each of us has our own reality based on our own individual experiences.  Because of this, Bruce Lipton, author of the Biology of Belief, says if you put two people in the same situation they will react differently because of their past.

Some will see opportunities and others won’t have the same “fields” to see opportunities. Since I am concerned with filmmakers funding films, I think he means someone raised around money vs. someone who was not.  Those who never had to worry about money will see more opportunities in the same situation than those who were living on low incomes.

The way out of this Bruce explains is to find those “old tapes” playing in your psyche.  Those tapes from childhood saying, “you’re not good enough” or “you don’t have the money.”  He suggests we put ourselves into a quiet place, visualize our goal and ask what is blocking us.  Then listen to the answers that our mind has stored.  He thinks we should take them one by one and remove them. and he fully explains how to do this in his YouTube films.

For film financing of either a documentary or a feature film, the most important issue is you.  Are you ready to receive; are you worthy of all this money?  It’s looking inside to see what may be blocking you and removing it so money can flow in, especially if your background was not financially comfortable.

My favorite American Indian prayer says, “Give me strength Great Spirit; not that I will use it against my enemies, but that I may overcome my greatest enemy, myself.”

Funding films requires total belief in self and total faith in you and your film.  This statement by Margaret Thatcher is important to all of us.  We need to watch our thoughts and words so we are always supporting ourselves and our film.

Carole Dean is the author of The Art of Film Funding: Alternative Financing Concepts.

My giant fish tank at the entrance to my house started a slow leak so I took on the job of draining the tank knowing that there were no live fish.  I put in a tube and began draining and as I got down to the bottom I found one of those beautiful black-fish-that-eat-the-algae alive and well!

How did he live in the cold water?  I had no heater for a week and he lived through that and I never saw him.  Ok, I ran to the kitchen and found a large 3 gallon rice container and put him in there.  This was Saturday afternoon.

Sunday at 10am when Petco opened, I was there with fish-in-hand asking to rent a room for him.  You must have some empty tank or big fish bowl and I will pay you to watch over him. The manager said, “Just fix your tank; he can live for 7 days in this container.”    Ok, 7 days is what it took to create the world. Surely, this was enough time.

Since I had him in the car, I started talking to him to allay his fears and mine too because I am not a “fix it” person.  Each time I try to fix something I seem to cause more problems.

I called him Buddy. Day two the tank was dry enough to begin scrapping the mineral sediments and the old sealant off the fish tank.  He was swimming nearby and I talked to him about all kinds of things.  Like, how hard it is to ask people to read my 360 page second edition of the Art of Film Funding and give me a blurb.  Who has time to do that?  But, I need to get statements good enough to put on a book cover and this is how it is done.  He seemed to understand all this and kept moving to let me know he was still alive or to agree, I am not sure which.

Day three I applied the silicone to the sides with my nervous fingers.  I never saw the applicator top and the tank looked like someone with palsy had repaired it but all areas were amply covered.  It would take 24 hours to dry.  I filled the time with discussions with Buddy about the confidence I had when I wrote the book that now seems to have vanished. I explained how important it is to stay confident because marketing is the only way to get your information to your audience.  He kept moving around the sides and seemed to be listening.  Well, he was a captive audience, but there was more going on here. I just don’t know how to explain it.

Day four, the fish tank dried.  The stress was on.  Would it hold 50 gallons and not leak?  Suddenly, when Brianne carried the fish tank downstairs, I realized that Buddy would not be nearby and I began to miss him.  His fortitude gave me the confidence I needed to fix the tank and make a lot of “asks” from people in the industry for book comments.  Somehow, these things are related.

Day five and good news; the fish tank is successfully repaired.  Buddy is in his clean home and most importantly, I now realize that he is not a black-fish-that-eats-the-algae, he is a courageous plecostomus, a living, feeling creature and my friend, Buddy.

Tesla and The Art of Film Funding

What if Tesla was right and all the area around us that stretches to the stars is full of energy.  He called it “the ethers or the wheelwork of nature.”  I believe you can see these ethers when you see the northern lights, its energy we see when the light is just right.  If these ethers are everywhere and they are energy, perhaps they carry our thoughts.  Something surely does because each of us has experienced some kind of phenomena in our lives that is not explainable.

How many times have you “thought about someone” and quickly had contact with them?  It happens all the time.  In Bali they say, “I called you on-the-wind.”  They think of a person and that person connects with them.  How do we explain the communication of nomadic people like Africans on the Serengeti or Aboriginals when they know their people have food waiting for them?  They know where to go.  I find this fascinating and so does biologist, Rupert Sheldrake.

Sheldrake is now acclaimed as a brilliant thinker.  Part of his work is about people who know when they are being stared at.  His book, The Sense of Being Stared At, is about the “intricacies of the mind and discovers that our perceptive abilities are stronger than many of us could have imagined.”

Sheldrake argues reasonably in this book that our abilities of telepathy and premonitions are real.

If so, then can we enhance this ability to communicate with each other?  Can we really send out invitations on-the-wind and hear from people across the globe?  If we are all connected then think of how important it is to treat each other as we want to be treated.  It becomes important to believe in each other and to be more concerned with our fellow man.  What if and this is a big what if, we really came into the world to nurture and support our fellow man and we got so caught up in cars and houses that we forgot?

Ok, let’s come back to planet earth, where we just want to finance our films.  So, what if we send our intentions out on-the-wind and contact that billionaire before he gets our package.  We could explain why we are making this film and assure him of our ability to deliver an excellent product under budget.

We could talk from the privacy of our bedroom to that woman reading our grant and tell her the urgency behind our application and let her see our pure heart and understand our need to record this time in history.   Stranger things have happened; I think it’s worth a try.