Winning documentary explores director’s search for the mother she never knew through their shared love of photography.

From The Heart Productions, the film funding non-profit that oversees the Roy W. Dean Film Grant, has awarded the 2014 Summer Film Grant to director Rachel Seed for her documentary “A Photographic Memory”.   Rachel will receive nearly $30,000 in film services and cash to help her complete her project. 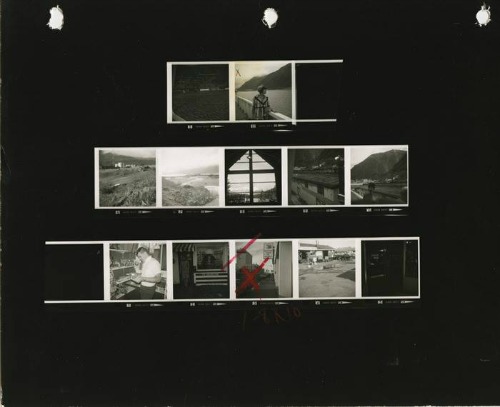 Thirty years after the death of her mother, Sheila Turner-Seed, photographer Rachel Elizabeth Seed discovers her work—interviews with some of the greatest photographers of the 20th Century, including Henri Cartier-Bresson, Lisette Model and W. Eugene Smith—in her father’s garage.  When she threads the audio reels and presses play, she hears her mother’s voice for the first time since she was a baby. Rachel finds it familiar and comforting, and is transformed by the experience.

Wanting to know more about her mother and to revitalize and honor her work, Rachel revisits the photographers, as well as her mother’s friends and family, to learn who she was while also looking at how photography can help preserve memory and reconnect us with those we have lost.

Through this process, Rachel reconnects to her mother by discovering how much they have in common: their looks, ambition, career paths, and desire to settle down and have a family.  However, in order to move on with her own life, Rachel comes to realize she must set herself apart from Sheila, and to do that must find out if she has the same genetic predisposition to early death that took her mother’s life. Rachel’s ability to forge her own path hinges on these medical results.our country.

“In A Photographic Memory, I go on a journey to learn – through our shared profession – about the mother I never knew but whom I so desperately need to know.” Rachel explained on her Kickstarter campaign page for her film.

“I am blending my mother’s 1970s interviews with my own footage, creating a posthumous mother-daughter collaboration that connects me to my mother while re-examining the course of the careers of some of the most influential photographers in the history of the medium.”

In addition to $2,500 cash given by From The Heart Productions, the winner receives goods, services, and discounts including hard drives from G-Technology, tape stock from Comtel/Edgewise Media, marketing consultation and services from Smart Girls Productions,  audio post production from AudioKut, a full scholarship to The Writer’s Boot Camp,  lighting from Paskal Lighting, and much more from many heart-felt donors. 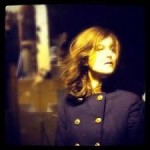 Growing up surrounded by photography, Rachel Seed became a photographer nearly 20 years ago and has run a successful freelance business for the past few years, while also earning an MFA from Indiana University (in progress since 2009).  Since 2006, she has conducted 35 video interviews internationally of women and men whose mothers died when they were young, also photographing them.

This work has been supported by several grants including the Artist Enrichment Grant from the Kentucky Foundation for Women, The Yarka Vendrinska Memorial Award at the Maine Media Workshops, and a World Affairs Council Association grant for international travel, and exhibited in Russia and the United States. She was also named a Top 25 Artist at 3rd Ward Brooklyn’s annual contest in 2010.

Now in its 23rd year, the Roy W. Dean Grant funds unique films that make a contribution to society.  It gives filmmakers with great stories, told with passion, the funding to get their projects started or completed.  Films submitted to the grant can be short films, documentaries or features from early stages of pre-production to those needing help in post.

The grant has been integral in making sure that talented artists with great stories get their films produced.  Recent past winners of the grant that have been completed include the award winning “Heist: Who Stole the American Dream” and “The Winding Stream: An Oral History of the Carter and Cash Family” which is now showing in film festivals around North America.

From The Heart Productions is a 501(c)3 non-profit dedicated to helping filmmakers get their projects made.  Besides providing funding through the grant, they are also a fiscal sponsor which allows donations made to films they sponsor to be tax deductible.  From The Heart has raised over $1.5 million for crowdfunding films as a partner with Indiegogo.  President Carole Dean is the best-selling author of “The Art of Film Funding” which is now in its second edition.

The 2015 Roy W. Dean Spring Grant is now accepting submissions.  Cash value has increased this year to $3,500.  If you’d like to submit your project, please go to the Roy W. Dean Grant Application Page and follow instructions.  The deadline for submissions is April 30th 2015.